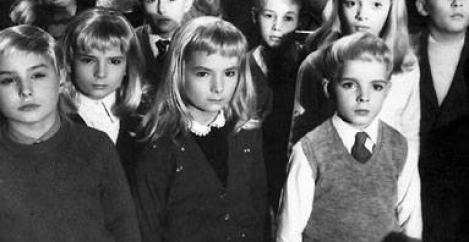 What The Midwich Cuckoos can teach us about Millennials 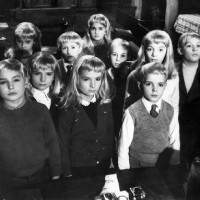 John Wyndham’s 1957 novel The Midwich Cuckoos is the story of a fictional English village in which, following an unexplained event that causes everybody within Midwich to fall unconscious, all of the women in the village fall pregnant and 61 children are subsequently born all at the same time. The children bear absolutely no physical resemblance to their parents, with pale skin, blond hair and piercing eyes. As they grow older it also becomes apparent that they are strange, emotionless and have a telepathic bond with each other. It’s not much of a spoiler to tell you that things don’t go well. The only rationale for what had happened to create the children in the first place is an unexplained incident of xenogenesis – the birth of offspring unlike their parents. Something similar must have happened on a global scale from the beginning of the 1980s onwards, at least based on what we are told about Millennials.

They may not be cold and emotionless based on the surveys that crop up daily about who they are, how they think and what they will be like when they are in charge, but they certainly come across like an alien species.

Of course every generation is different, it’s understandable that marketeers want to create demographic profiles and Generation Y’s is the first to have grown up in a world in which technology is pervasive. But it seems unfair to burden them with far more preconceptions and expectations than any nominal generation of people in history. This process of pigeonholing swathes of babies has been gathering pace since the post war generation of Americans was categorised as ‘baby boomers’. While there has been a degree of agonising over the beliefs and attitudes of that generation and every one since, none were subject to such microscopic inspection as Generation Y.

A typical example is a study called Millennials and the Future of Work from oDesk and consulting firm Millennial Branding. It surveyed 2,000 Generation Y employees and claimed they have a completely different idea about how to pursue a career than the rest of us. It reported that most young people (84 percent) in traditional jobs want to quit them in favour of more flexible working. The survey revealed that among Generation Y employees who were still at regular nine-to-five jobs, “freedom in the workplace” was the top reason they wanted to quit.

But surely, you could get similar results by asking 2,000 drones of any age whether they might prefer to work flexibly and for themselves. In fact, doesn’t this notional rejection of The Man seem reassuringly familiar? A typical example of this is a survey which found that Millennial workers are more likely to change jobs as they establish a career. But, again, hasn’t this always been the case?

There is no doubt that the people of Generation Y have some different ideas and attitudes to their parents. That is normal, especially given the way the world has changed over the past two decades. But by constantly pigeonholing them and talking about how to manage them into the workplace as if they were aliens, we do everybody a disservice. We all have the same challenges in meeting the demands of the world. And while they may form a useful demographic cluster, the people of Generation Y are just as diverse as any other.

Facebook is the new smoking, orgasms at work, a ghost airport and some other stuff Teams collaborate more effectively when they break off constant contact