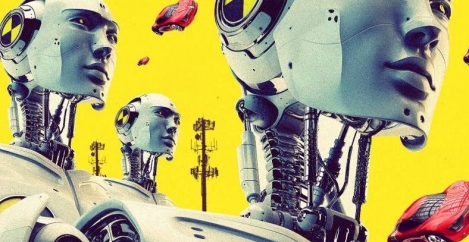 Facebook is the new smoking, orgasms at work, a ghost airport and some other stuff 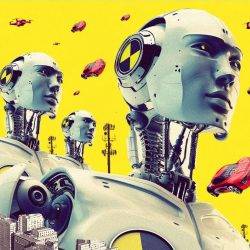 A slow news week here in the UK so the opportunity presents itself for quiet consideration of some important issues about the workplace. The big story has been the change of identity for the British Institute of Facilities Management, unveiled after weeks of debate and speculation. We’ll be running some commentary on what this all might mean in the next few days but for now, suffice it so say that any parallels with Brexit are entirely coincidental.

The big news on the other side of the pond was Amazon’s announcement of the location of its two new headquarters buildings in Virginia and New York. There’s plenty of stuff in the business press obviously, but an alternative take on what happened is Matt Taibbi’s in Rolling Stone. Basically, Amazon is OmniCorp. In a similar vein is this piece which suggests that the games Amazon has been playing with cities and legislators are no different to those it reserves for customers and suppliers.

The need for major tech firms to exhibit a more enlightened approach to ethics is the subject of this piece on NBC, which claims that Facebook is the new smoking, which if nothing else makes a welcome break for chairs, which have been the new smoking for some time and might now have to be pathologised with an entirely new metaphor. How about sitting is the new standing …. on a plug?

The US administration isn’t the only government trying to keep up with Big Tech. Germany has woken up to the fact that it is lagging behind in the world of AI and has decided to throw money at the problem, although what the problem consists of remains open to endless debate. The Wall Street Journal has a go at defining what the transition from old to new means here (registration/ subscription).

Before we say tschüss to Germany, a new piece from the BBC looks at the history of Berlin’s new, disastrous and ghostly airport project and what it tells us about sunk cost fallacies. Anybody who loves Berlin but hates landing at its awful airports will be frustrated with this tale.

Back to more human issues and a new report suggests that one of the constraints on productivity is a lack of orgasms and that firms should offer staff the chance to spend more time getting them. We have no comment on that except to suggest that it’s pretty clear that we should all take more time away from work to enjoy other things, whether that is sex or a nice cup of tea. Anybody seeking to patent an office furniture version of the orgasmotron as seen in Woody Allen’s film Sleeper should get on with it.

Striking the right balance between work and life is a recurring theme in the workplace and business media, addressed this week by two contrasting pieces. A clickbaity feature in Wired is bound to get more traction than this more considered piece from Steven Toft which argues that automation offers us the chance to focus on people, although whether we take it remains to be seen.

One of the most important facets of this will be how we think of the effects on our children. All clichés aside, a new piece in the Harvard Business Review makes it abundantly clear that the way we work is not only at odds with our personal wellbeing but also the needs of our children. If tech indeed offers us a chance to create better lives for ourselves and those we love, we should take it.

Biophilic design the key to improving mental health, productivity and stress levels What The Midwich Cuckoos can teach us about Millennials