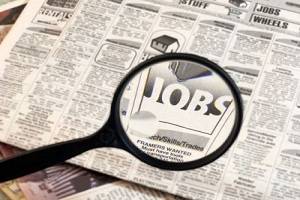 Employment will continue to grow in the first quarter of 2013, despite stalled economic growth. According to the latest Chartered Institute of Personnel and Development (CIPD)/SuccessFactors Labour Market Outlook the proportion of employers that intend to increase total staffing levels remains positive for the first quarter of 2013. Gerwyn Davies, Labour Market Adviser at the CIPD, said: “While muted pay growth is playing a part, we also see continued evidence that employers are reluctant to lay-off skilled workers.” He added: “Some employers are clearly using flexible working and reduced hours to adapt to trading conditions.”

This is the fourth consecutive quarter in which the Labour Market Outlook (LMO) has recorded a positive balance and this has been matched by robust growth in employment during 2012, according to the official statistics – despite the faltering economy. The latest CIPD/SuccessFactors report explores a number of reasons for this ‘jobs enigma’, drawing on survey data from employers and employees.

One explanation is the number of people who are employed but are not in full-time, permanent employment. A third (33 per cent) of employers surveyed as part of the LMO said that they had reduced hours for some staff during the past five years.

Meanwhile, the CIPD’s survey of more than 2,000 employees found that almost one in three part time workers (30 per cent) would like to work more hours, including a majority of part-time workers aged between 25 and 54.  The same survey finds that these employees often perceive the problem to be an inability on the part of their employer to offer them longer hours.

The number of people employed on temporary contracts will also continue to boost employment levels during the first quarter of 2013, as employers report that 29 per cent of new recruits will be employed on this basis. The CIPD’s survey also found that almost half of temporary employees (44%) would like a permanent contract, including a majority of temporary employees aged between 25-54.

Another contributing factor to the employment puzzle may be the number of organisations who have some spare capacity in the expectation that growth will pick up soon. More than a third of firms (35 per cent) reported that they have maintained staff levels higher than their existing level of output during the past year, and two thirds of those (66%) said that retaining skills has been the main driver for this. However, two thirds (66%) of employers who said that they are maintaining staff at higher levels than necessary also thought they will be forced to make jobs cuts if output does not pick up in 2013.

Lower average wage settlements could also be helping employers to create and preserve jobs. Average projected pay settlements for the coming year (excluding bonuses) increased slightly to 1.8% from 1.7% in the previous quarter but remain at historically low levels.

Paul Roberts, UK and Ireland Country Manager, SuccessFactors, said:  “Those organisations that have the necessary tools required to gain insight into the bench strength of their talent, and the ability to effectively calculate their workforce analytics and planning requirements, will not only make the most of their people, but also maximise their ability to execute.

“As the survey demonstrates, a tight economy does not necessarily lead to shedding talent. UK companies understand that human capital is an asset.”