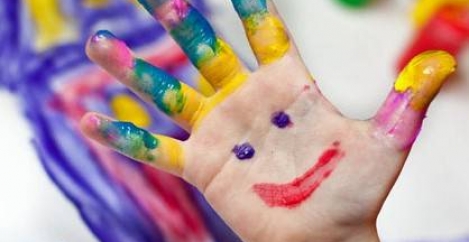 From the archive: Flexible working may improve productivity, but does it diminish creativity? 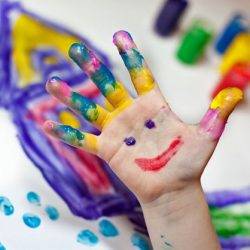 Originally published in December 2014. Homeworking seems to have become a bit of a hot topic this year, but one sentence published on the www.gov.uk website brought a cold sweat to the brows of many managers and employees across the United Kingdom. “From 30 June 2014, all employees have the legal right to request flexible working – not just parents and carers.”

Despite the fact that the law allowing flexible start and finish times and working from home only covers employees who have worked for a company for at least 26 weeks and that the employers are still able to disallow it as long as it’s done in a ‘reasonable manner’, the threat of being sent to an employment tribunal brings some HR managers to the brink of hysteria. But is this really justifiable?

The truth is, the new government policy will probably make flexi-work more common, but it’s already being implemented quite successfully across the globe, with plentiful research on its impact so far.

The legislative changes June 2014 brought flexible working to the attention of newspapers across the country, but let’s not forget that it was also one of the hottest topics of 2013 with Marissa Mayer’s famous memo, banning telecommuting in Yahoo, launching a global discussion on its benefits and drawbacks. Being somebody who lives and breathes workplace strategy, I was immensely glad to see the business community taking their eyes off quarterly results and for a brief moment focusing on the way they work. Unfortunately very few bothered to properly look into the data.

“Speed and quality are often sacrificed when we work from home. We need to be one Yahoo!, and that starts with physically being together.”

Homeworking is already prevalent across the globe. Statistics from ONS, Characteristics of Home Workers, 2014 has shown that the percentage of employees working from home varies in the UK from 17.1% in the South West, 16.4% in the South East and 10.7% in Scotland. Since 2008 the number has grown across UK, but not very significantly, the highest change was observed in London at 2.1%.

It is even more popular in United States. According to the Bureau of Labor Statistics (2013) 24% of employed Americans work from home at least some hours each week. According to the study of Families and Work Institute (2013) 63% of the employers reported allowing their employees to work remotely – a sharp increase from 34% in 2005.

According to Bloom’s study (2009) 30% of manufacturing companies in the US and 33% in Europe allow some or all of their managers to work from home.

At Aetna, the American health insurance company, the number of telecommuters grew fivefold between 2005 and 2013 – from 9% to 47%. The company provides its employees with secure Internet and phone connections, locked filling cabinets and shredders. According to Susan Millerick, in that period, the policy saved her company $78 million in real estate costs.

A similar policy implemented in Booz Allen, according to Christopher Carlson, Senior Associate in Human Resources, greatly improved employee retention. University of Minnesota research confirms that the introduction of a homeworking policy significantly reduces turnover and positively affects the work-family interface. Interestingly enough the turnover is reduced among all types of employees, regardless of their gender, life stage, job satisfaction and income which falsifies the common misconception that only parents and especially women embrace homeworking.

People want to work from home

“Employees, especially younger ones, expect to be able to work remotely, analysts say. And overall the trend is toward greater workplace flexibility.” New York Times

Companies that allow people to work from home and make it easier for them are significantly more attractive to potential new hires.

Most believe that telecommuting will help them in achieving a work life balance, improved satisfaction and improved productivity. In cities like London, where commuting to work is expensive and time consuming (in one of the major London banks 52% of respondents estimated that their morning commute takes longer than one hour) people waste astonishing amounts of time especially in the morning. And we are talking here about a productive time of the day when a lot of people are alert and able to tackle complex problems.

A theme that consistently reoccurs is getting to work earlier, just to avoid the morning traffic or London tube.

One of the biggest problems in offices today is acoustic privacy. Almost 80% of the employees I surveyed in British FMCG, Financial and R&D companies considered it important, but only a third said it was provided.

According to the National Institute for Occupational Safety and Health background noise significantly increases stress levels, aggravating such stress-related conditions such as coronary disease, high blood pressure, peptic ulcers and migraine headaches. Continued exposure does not lead to habituation; in fact, the effects worsen.

And research from Scientific American revealed that noise related stress may decrease dopamine levels in the prefrontal cortex of the brain, affecting the flow of information from other parts of the body, resulting in worsened brain functions that can impair learning and memory.

The problem is most noticeable in workplaces where people are required to work on complex tasks. A study conducted by Anders Kjellberg and Bjorn Skoldstrom revealed people are particularly sensitive to noise while performing intellectually challenging tasks (the effect is strongest when a task requires high concentration and is not particularly stimulating – proof reading being the best example).

It was confirmed by researchers from the University of Nebraska-Lincoln, who played short bursts of sound in the proximity of people working on arithmetical problems. Two identified results were lower performance and a significant increase in annoyance levels.

Now that we covered some of the general benefits, let’s have a look at companies that have successfully implemented a homeworking policy. The most famous is Best Buy, a company that implemented the human resource management strategy called ’Results Only Work Environment’(ROWE) co created by Cali Ressler and Jody Thompson. The strategy enables employees to control when, where, and how long they work. As long as they meet their objectives, the way they spend your time is entirely up to them. The Best Buy case study is so famous that it’s worth only mentioning the results. Implementation of ROWE increased employee well-being, productivity and work-life balance, decreased turnover by 45% and brought the company 2.2 million USD in savings over three years.

The most interesting case study, however was created by a Ph.D. student from Stanford University who also happened to be one of the directors of CTrip a NASDAQ listed Chinese travel agency, consisting of over 16 000 employees.

CTrip’s homeworking programme is probably among the most successful and best documented programmes out there. It started out as an experiment. Call center employees were given a chance to volunteer to work from home 4 days a week for a period of 9 months. A sample was chosen, while the rest of the volunteers were treated as a control group.

The results were quite astonishing.

13% increase in performance of homeworkers
9% increase in time worked (fewer breaks and less sick days.)
4% increase in calls per hour (attributed to quieter working environment)
50% reduction in attrition rate (17% compared to 35% in the control group and 50% in the rest of the call centre).

This led to a company roll out of the programme. Interestingly over a half of the employees who took part in the experiment switched back to working from the office, while others took their place. This in turn led to a performance increase of 22%.Allowing people to work from where they feel most comfortable clearly brings the best results!

In particular, two thirds of the control group (who initially had all volunteered to work from home 10 months earlier) decided to stay in the office, citing concerns over the loneliness of home working and lower rates of promotion. In reverse, half of the treatment group changed their minds and returned to the office – typically those who had performed relatively badly at home.

The only negative recorded effect was lowered recognition of home workers. People working from home were promoted decisively less often, even though their results were better than those of the office working population. To quote one of the employees: “Out of sight, out of mind.”

“Studies show that people who work at home are significantly more productive, but less innovative. If you want innovation, then you need interaction. If you want productivity, then you want people working from home.” John Sullivan, Professor of Management, San Francisco State University.

Many technological companies, especially ones requiring high levels of creativity, are justifiably suspicious towards homeworking. Both the technological giants Google and Facebook allow people to work from home, but approach each such case individually. Director of Engineering at a major American IT company, with whom I had a pleasure to work in Prague, stressed the importance of brainstorming, face to face collaboration and the ability to tackle any arising issues in an ad hoc, direct manner. “I don’t think homeworking is for us”, he told me at the beginning of the project.

E-commerce companies like Zappos that initially allowed people to work from home, slowly stepped away from the idea, hoping for increased collaboration. At Zappos people are tightly packed in (100 square feet per employee) and allowed to use only one of many doors leading to their office. All of this is to increase the amount of unplanned collisions, intensifying collaboration and knowledge exchange.

So what’s the conclusion?

Homeworking brings easily measurable benefits, but it can also diminish company creativity which is much harder to quantify. Like desk sharing, it’s just one more tool for organising the work process. It brings extremely positive results for some companies, departments and teams, and equally disastrous results for others.

Will Best Buy and Yahoo benefit from cutting their home working programmes? It’s something that should be researched. It’s easy to see that the changes in both of these companies were not made in a rational manner. Hubert Joly, the CEO of Best Buy, shut down a programme that worked remarkably well to send a strong message across the company. This kind of short-term mindset may be to shock the company into action and change, but is rather disastrous when it comes to planning workplace strategy which requires in-depth analysis and patient building of employee engagement.

Maciej Markowski is Co-Founder & Chief Revenue Officer at spaceOS. At the time of writing he was associate director in the Workplace Consultancy team at JLL, based in the London office. His background spans within the workplace field, working for companies like CBRE and DEGW. He has international experience in corporate workplace, and change issues, advising major corporations on their workplace research, strategy, and change management.

A shift from competition to community has never been more important Well, at least nobody is whinging about open plan offices anymore