Flexible working seen as of more benefit to employers than staff 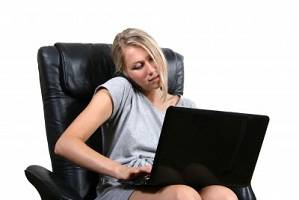 Nine in ten UK professionals think that flexible working will become the dominant employment model – but half think it will be adopted for business reasons rather than to benefit the workforce. According to research from specialist HR recruiter Ortus, just one in ten professionals (12 per cent) actually deem flexible working to be a vital benefit – lower than the proportion who said a free company mobile phone is vital to them. And just 1 in 10 said they thought it was being implemented to help with gender equality. In the survey conducted among 450 professionals across a variety of sectors, 51 one per cent felt the reason behind the growth of flexible working is efficiency and productivity – not to help people manage the number of hours they work.

“The business case is obvious as it allows for efficiency savings on office costs and greater output,” said Stephen Menko, UK director of Ortus. “However the benefit to the individual of a better work life balance and less time and money spent commuting are perhaps surprisingly ranked low.

He added: “Widespread flexible working could be a seismic shift in the way work is conducted and it is that rare beast – a change that benefits everyone. Staff just need to be convinced of this point, or at least have it raised on their radar as a benefit they can request. I think for a lot of organisations it’s not even considered as something that can be entertained.”

Flexible working was only the sixth most valued benefit, ranking behind more personal offerings and financial assistance including holidays and a company pension:

The majority of people also appear to be unaware that they are entitled to request flexible working, as just a third of those questioned said this was something their company offered, whereas government statistics estimate that 91 per cent of employers offer flexible working. This right is being extended since the recent publication of the Children and Families Bill, which introduces shared parental leave and extends the right to request flexible working to all employees.