Gamification remains a mystery to employees and unused by many firms 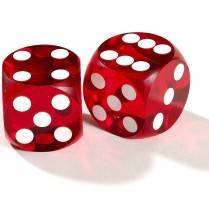 Although it’s currently one of the most talked about workplace ideas, gamification remains a mystery to many workers and even HR professionals keen on the idea are probably not doing much about it. Those are two of the findings of a report from consultancy Penna based on interviews with 2,000 HR directors and employees. The study set out to explore how well senior HR professionals understood gamification, its uses and their perception of the barriers to adoption. Researchers also asked employees about their level of ‘everyday engagement’ with gamification and whether they recognise it as a concept. Over half (52 percent) of HR directors claim to be ‘massively interested’ in the idea although 44 percent also agreed that their organisation was ‘not at all interested’. Remarkably the survey also found that 89 percent of employees don’t even know what it is.

So it’s probably best to start with a definition, although even this is probably open to interpretation. In a workplace context, gamification seeks to apply the way we think about and play games to improve levels of engagement and meet the challenges of work and so increase personal and organisational performance and wellbeing.

The main findings from this latest study include:

The report concludes that “we see gamification gradually taking off with organisations, stronger business cases for its development can be made as more and more ROI figures come to light. In the meantime though, we’d encourage organisations to at least start to explore gamification and its possibilities, leaving any unfounded opinions about who uses it and how at the door. Whilst many would be operating in virgin territories, it’s better to be on the front foot than scrabbling to catch up with competitors. Innovation and technology shows no sign of slowing either, so now is as good a time as ever.

Penna CEO Gary Browning said organisations that are not interested in gamification are “missing out”.“Whether it’s creating a game to aid with recruitment, highlighting a typical day in the office for prospective candidates, or supporting employees with bite-sized learning technology that utilises reward systems, there is huge potential for gamification to give businesses significant competitive advantage.”

The latest issue of the newsletter is now available to view online Driverless cars will transform the UK economy by 2030, claims report