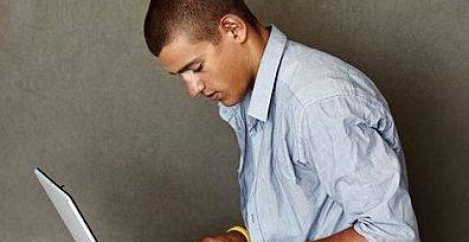 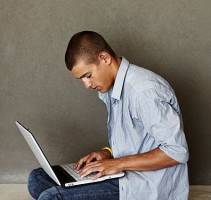 The shaky idea that the members of Generation Y are somehow different to the rest of the human race tends to rest on their characterisation as ‘digital natives’. However, according to a new report from US campaign organisation Change the Equation, just because Millennials have grown up with digital technology and are very attached to it doesn’t mean they are particularly tech savvy, especially when it comes to using technology to solve challenges in the workplace. The report, based on na analysis of the OECD’s Programme for International Assessment of Adult Competencies, found that although Millennials spend an average of 35 hours a week using digital devices, more than half of them (58 percent) are still unable to use their  tech to help increase their productivity. They are still better in this regard than previous generations where 70 percent of people have low skills, but not significantly better. 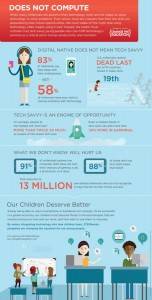 The consequences for the careers of people of all ages can be profound, according to the study, which cites a pay differential of some 40 percent between those deemed to have a high level of digital ability and those at the lowest skills level.

The report also claims that Millennials themselves seem largely unaware of their low skills level in the practical application of digital technology and are unaware of just how serious this can be for their job prospects. While fully 91 percent say they do not believe a lack of tech savvy has adversely affected their chances of being hired, promoted, or given a pay rise. Employers have noticed, however. In a recent survey carried out by the American Society of Colleges and Universities, only 37 percent of employers found that recent college graduates are ‘well prepared to stay current on new technologies’. According to the OECD data, the US ranks lowest of the 19 countries studied in this regard.

The study sets out four challenges to address the issues raised in the report: