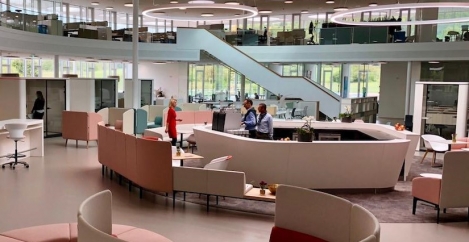 Going with the flow in the way we work 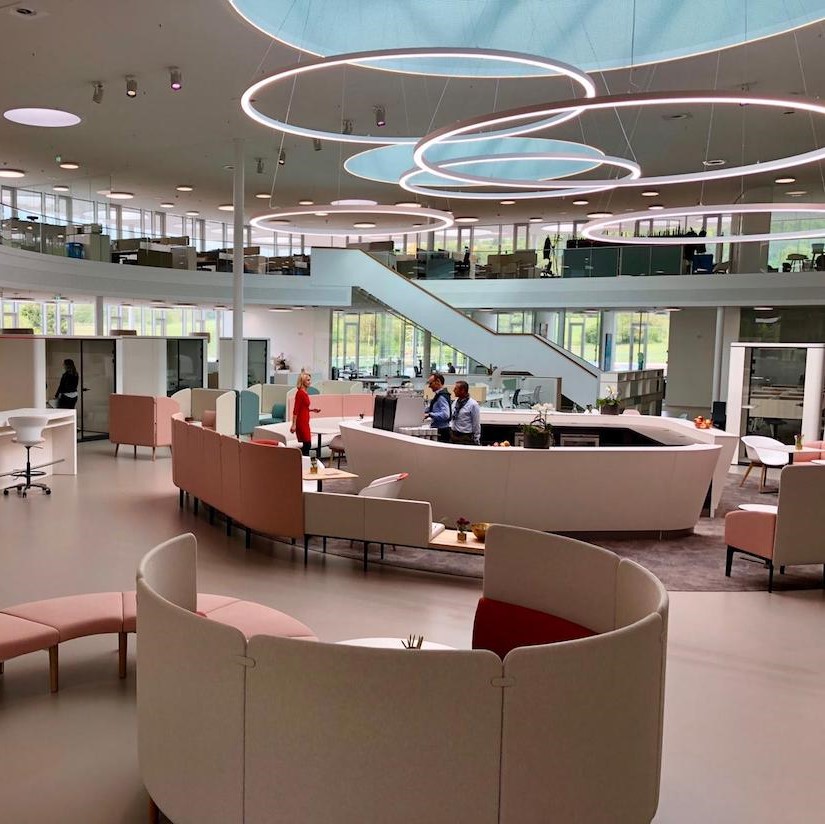 Throughout history we’ve been aware of the state we now refer to as flow. It describes the sensation of existing purely in the moment of some activity, effortlessly achieving what we have set out to achieve and unaware of distractions. Mystics have described it as ecstasy, artists as rapture and athletes as in the zone. This state was first described as flow by the Hungarian psychologist Mihály Csíkszentmihályi in 1975 and has been developed by him and a wide range of other researchers in a number of fields since that time.

The essential characteristic of flow is an individual’s total and enjoyable absorption in an activity to the point that they lose a sense of space and time. It is related to focus but it is not the same. Flow is a state of transcendence and it is just as important in office design as any other domain of human activity.

The idea has been widely talked about as a desirable state in which to complete work, especially creative tasks. Indeed, the idea of heightened states while engaged in tasks predates the work of Csíkszentmihályi. Perhaps the best-known organisational psychologist of all time Abraham Maslow coined the term peak experience to describe intensely joyous and exciting moments. In these moments, we feel more whole, integrated, aware of ourselves and deeply happy. Maslow described them as those “moments of highest happiness and fulfilment” in his 1964 work Religions, Values, and Peak Experiences. He linked them to the idea of self-actualisation from his famous Hierarchy of Needs.

Flow is more common at work

Such moments are more likely when we are at work than in other periods of our lives and are relatively common. According to an article by Csíkszentmihályi published in Psychology Today, in a survey of 6,469 Germans, when asked how often they entered a flow state: 23 percent said often; 40 percent said sometimes; 25 percent said rarely; and 12 percent said never or don’t know.

Organisations should seek to develop activities, cultures and environments that make it easier for people to enter flow states

His own research using more objective methods found that work was better suited to the creation of flow states than passive activities such as watching television, leading him to conclude that ‘work is much more like a game than most other things we do during the day. It usually has clear goals and rules of performance. It provides feedback either in the form of knowing that one has finished a job well done, in terms of measurable sales or through an evaluation by one’s supervisor. A job tends to encourage concentration and prevent distractions, and ideally, its difficulties match the worker’s skills.’

Csikszentmihályi argues that organisations should seek to develop activities, cultures and environments that make it easier for people to enter flow states in their work. This isn’t just about making them more productive and more likely to have good ideas, although those are two of the most important outcomes. In his 2003 book Good Business: Leadership, Flow, and the Making of Meaning, Csikszentmihályi argues that fostering flow states improves morale by creating a sense of greater happiness and accomplishment. He looks at how flow states are essential for the creation of ‘good work’ in which you enjoy the feelings of “doing your best while at the same time contributing to something beyond yourself.” He also highlights the importance of regular feedback as an essential ingredient for the fostering of flow states.

For this reason, flow is not just an important goal for the individual. Because it contributes to organisational goals such as higher productivity, better ideas and improved morale, it can improve the overall performance of the organisation and encourage greater collaboration.

Csikszentmihályi concludes that there are three conditions for the creation of flow states at work:

• One must be involved in an activity with a clear set of goals and progress. This adds direction and structure to the task.

• The task at hand must have clear and immediate feedback. This helps the person negotiate any changing demands and allows them to adjust their performance to maintain the flow state.

There are several characteristics of an office environment that can encourage flow states and meet these prerequisites. The ability to focus and work free from distraction is perhaps the most obvious, but so too are the creation of an enjoyable working culture, strong bonds with colleagues, immediate feedback on tasks, an affinity with each job and regular communication with colleagues.

This demands a sophisticated and intelligent approach that embraces a number of features of office design. The most progressive office design concepts seem ready-made to deliver a working environment that can encourage flow states. By empowering people to work in ways that suit them best with a choice of work styles and offering the sorts of spaces in which people can enter flow states undisturbed, such offices increase the likelihood of flow. This principle of office design aligns completely with the characteristics of flow states.

In addition, the democratic structure of the space makes feedback significantly more likely, while the social spaces, collaborative space and more playful aspects of the design encourage people to be aware of ‘something greater than themselves’.