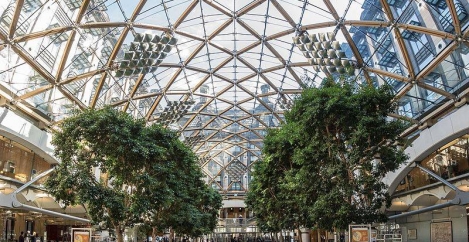 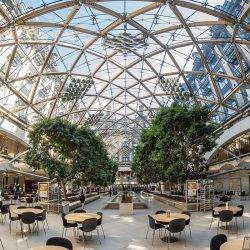 The UK Government is getting better value for money from its estate, according to a new report from the National Audit Office. The Government Property Unit (GPU), however, has not yet made much progress towards its objective of creating a shared, flexible and integrated estate. The government’s central estate includes some 4,600 individual holdings, costing around £2.55 billion a year to run. The GPU, which is part of the Cabinet Office, was set up in 2010 to better co-ordinate estate management in the public sector. Since the NAO’s last report in 2012, departments have continued to make good progress in reducing the overall size of the central estate. They have also reduced overall estate spending and pay less for office accommodation than private sector comparators. Departments report they have reduced their annual estate costs by £775 million in real terms since 2011-12 to around £2.55 billion in 2015-16. Between 2011-12 and 2015-16, departments raised £2.5 billion by selling surplus land and properties. The GPU is also starting to have an impact on the wider public estate.

The GPU has taken steps to improve its own capability but has a shortage of property and project management experts. The GPU’s skills and resources are stretched, its increased workload has not been matched by increased staffing and planned work has not been done.

The GPU is relying on its Hubs programme and the New Property Model to form a shared, flexible and integrated estate, but both these programmes are still at an early stage. Although both have some merit, the Cabinet Office has not made a strong case for either. It is yet to achieve the strong commitment needed from most departments to make them work.

The NAO finds that the Hubs programme has the potential to be a catalyst for transformation in departments, but the wider benefits and costs have not been fully evaluated. Most of the financial benefits arise from moving staff out of London and some local hubs may cost more than departments’ existing locations.

The Cabinet Office faces challenges in ensuring that the Hubs programme meets departments’ needs. Some departments have not committed to either Hubs or centralised ownership. The GPU is relying on departments to manage the difficulties associated with relocating staff to hubs. It can be difficult to find suitable buildings and negotiate leases in the right timescale, and there is likely to be local opposition to some office closures.

The GPU is setting up the Government Property Agency, which it hopes will encourage departments to adopt Hubs, will achieve other financial savings, and will train, recruit and retain property experts more easily. There is, however, much still to be done before the new Agency is ready for formal launch in September 2017. According to the NAO, there are similarities with other recent government attempts to implement shared services, which failed because too many stakeholders saw it as against their interest to make it work.

Amyas Morse, head of the National Audit Office said: “Departments have continued to reduce their estates, and government is now getting better value for money. The Government Property Unit, however, still needs to make more headway to achieve a shared, flexible and integrated estate. It’s not going to be plain sailing. The GPU should take stock and, if necessary, delay, redesign or consider phasing its programmes over a longer timescale.”