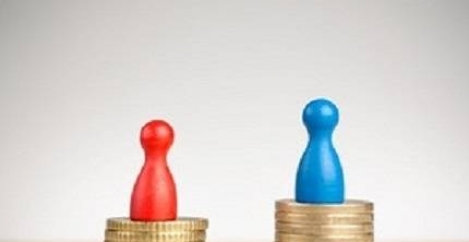 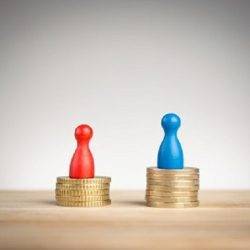 Companies with 250 or more employees will soon be required to give overall statistics about levels of pay for each gender. But experts say real change will only come about if employers were required to present this data in a more expansive way, accompanied by a reflective report explaining any gender pay gap alongside an action plan of how they intend to close them. Unless this happens, the new regulations requiring companies to report pay gaps between men and women are potentially “superficial” and will not necessarily tackle the complex reasons why females still have lower salaries on average, new research shows. Employers told researchers from the University of Exeter, University of Bath and Cardiff University that the Government’s proposals would over-simplify issues, just advertise pay rates without giving context and may not benefit all female staff. The study has been undertaken as part of a research collaboration facilitated by the GW4 Alliance, which brings together four of the most research-intensive and innovative universities in the UK; the universities of Bath, Bristol, Cardiff and Exeter.

Professor Carol Woodhams, from the University of Exeter Business School, said: “Our research shows companies are concerned about the complexity of the data that will be required. It could also be presented in a superficial way which would over-simplify a complex issue benefitting neither their female staff nor themselves.”

The experts interviewed employers, and ran an online survey which was completed by 150 HR managers across all industries. They spoke to HR managers in 20 organisations of different sizes within the public, private and third sectors.

Interviews revealed that employers thought the legislation would have limited impact because there was no penalty, although this is being considered by the government, and the latest guidance suggests that this is being tightened up.

Dr Susan Milner, from the University of Bath, stated that: “In the draft regulations which have just been published, the government has sought to respond to employer uncertainties and concerns. However, much will depend on how the regulations are implemented so that the new transparency will allow companies to benchmark themselves effectively and encourage them to analyse and understand any gaps.”

Employers also told researchers that they were concerned they would not be given the time to understand or prepare for the change. They were also worried about how the gaps would be explained and qualified, how the figures were going to be compiled and whether it would be a fair and true reflection of the position. There have also been difficulties in defining what pay includes.

One interviewee, from a private sector manufacturing company said: “I think that lack of clarity at the moment is how we will report it and I think there are some high level discussions that need to be had to make sure that we are aligned on what we’re reporting, what information we’re putting out there because obviously as soon as we put it on our intranet then it’s available to anybody internally and I guess externally as well. We’ve got some legal advisors and they run a seminar around gender pay reporting and actually we went through and discussed a narrative that would go alongside that reporting to explain why is it that our results are what they are.”

Dr Alison Parken, Senior Research Fellow at Cardiff University Business School and Director of WAVE, said: “The GW4 research has shown that private sector employers want to understand and explain why they have pay gaps but currently the proposed regulations do not require this. I believe they should as our experience in the public sector in Wales shows employers will act to make change once they have the evidence to show what is happening their own organisation.”

This month the government published their response to a recent consultation on draft regulations likely to come into law. MPs still need to give their approval. Companies who took part in the research said they were actively making preparations. Among the most popular measures HR managers are putting into place to meet the demands of the reporting requirements are that they will be proactively undertaking their own pay gap analysis and auditing their data to ensure that they will meet the regulatory requirements.

British workers find it increasingly difficult to unwind after work Getting ahead at work: social class divide, power and office politics