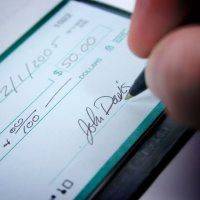 In the wake of a number of recent procurement failures including the G4S and Serco overcharging fiasco, the UK Government has published a highly critical report of the way it buys some £227 billion of goods and services annually. The report from the Public Administration Committee (PASC) says that in spite of steps to improve procurement which include using better data, aggregating demand across departments and renegotiating with major suppliers, the number of failures remains conspicuously high. The G4S and Serco contracts with the Ministry of Justice, under which payments were made regardless of the service being delivered, are the most high profile examples but the report indicates that problems are widespread.

The challenge laid out in the report is how to build on some of the recent successes in improving the way goods and services are purchased. The UK public sector currently spends around £227 billion each year. Of this around £45 billion is spent by central Government. The report claims that by improving procurement methods and systems, the Government has an opportunity to save money, drive economic growth and address specific issues particularly relating to procurement with SMEs and sharing goods and services.

The report expresses particular concerns about how best to overcome an ingrained culture, especially where it has statutory underpinning such as those created by EU Directives which govern procurement  and reinforce the process-oriented, risk-averse culture which means outcomes can become a secondary consideration. However, the report also notes that public sector procurement in the UK takes 50 percent longer than it does in France and Germany, a fact the report describes as ‘intolerable’.

Other recommendations from the report include:

The report is extremely critical of the lack of skills within the Civil Service to manage effective procurement. It says:  “The Civil Service shows a consistent lack of understanding about how to gather requirements, evaluate supplier capabilities, develop relationships or specify outcomes. Initiatives to improve capability and skills, such as the Major Projects Leadership Academy, are welcomed but a more fundamental shift is required. Little is known at the centre of Government about the skills and experience—or lack thereof—of 17 of the 61 senior procurement civil servants across Whitehall, and consequently there is little coordination of this vital resource.”

Bernard Jenkin, the Chair of the Committee that produced the report, said: “To be fair, there are failures of procurement in the private sector too, but that is no excuse.   In Government, the same kind of failures seem to be repeated again and again.  In the EU we all operate under the same rules but the UK Government seems to take the longest and we fail to maximise the benefit of public procurement for our own economy. There is no excuse that it takes 50% longer here than it does in France or Germany.

“Government has made huge strides in some areas, but there needs to be a more coherent strategy—a change programme—to ensure that improvement is universal and permanent, or the system and culture will just revert to type. Lord Levene’s evidence was striking in this regard: he made big changes in the MoD in the 1980s, but he comes back 25 years later to find things are worse than they were before.”

“Whilst we welcome the Government’s initiatives to centralise procurement, progress so far has been painfully slow and sporadic. Only a coherent strategic plan, setting out clear objectives and how they are to be achieved, backed by united leadership across the top of government, can achieve the necessary change. The Government has failed to set out a clear strategy for public procurement and it may be impossible to achieve this without changing the relationship between departments and the centre. We find it astonishing that a department should be able to cite legal restrictions as a barrier to collaboration with the Cabinet Office on initiatives that could save the taxpayer money. The Government is a single customer and should behave as such. It is striking how immune departments seem to feel from agreed Cabinet policy.  This could explain why there is so much frustration.  Our inquiry into the Future of the Civil Service has considered whether a more unified system in Whitehall is now required if we are to have modern government administrative system; we hope to publish that report in the autumn.”