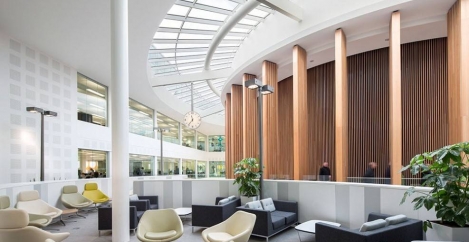 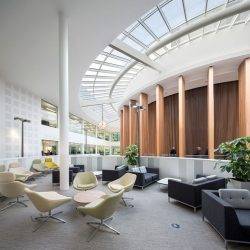 Now working with 50 percent of councils in England, One Public Estate is supporting collaborative property-led projects in local areas, delivering ambitious projects that transform local services. Its innovative approach in bringing central and local government together was recently recognised at the Estate Gazette Awards where One Public Estate and the Government Hubs Programme were joint winners of the Collaboration Award.

This latest development comes after the announcement at Autumn Statement 2015, in which One Public Estate was awarded £31 million to support even more partnerships to use their assets more effectively.

Under the scheme, the Government claims that existing members are set to deliver a rage of benefits over five years:

Ben Gummer, Minister for the Cabinet Office and Paymaster General, said: “Since its launch in 2013, One Public Estate has gone from strength to strength, supporting councils and their partners to deliver better services for local people. This funding will create important initiatives that integrate public services, boost local economies and deliver cost savings for local councils and taxpayers. My team are working closely with government departments to ensure that One Public Estate is helping to deliver government priorities such as health and social care integration and rationalisation of the defence estate. It is encouraging to see so many councils joining the programme and I look forward to seeing their success.”

Lord Porter, Chairman of the Local Government Association, said:  “With half of councils across the country now taking part in the One Public Estate programme, local government is demonstrating real leadership in its communities, unlocking land to provide the homes and jobs that people need, helping services to work better together, and bringing in money while generating savings for the future. The extra money being made available for even more councils to join the programme will bring us closer to achieving our ambition to have all councils signed up by 2018, driving growth in their areas through the strong local leadership that we’ve already seen in the early phases of the programme.”

A further application window for councils wishing to join One Public Estate will be open in April 2017. To find out more about the programme, contact onepublicestate@cabinetoffice.gov.uk.