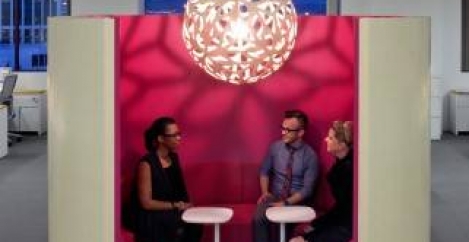 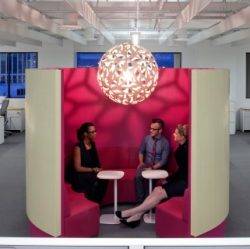 Connectivity and flexible working means that office meetings are shrinking in size as employees fail to show up to almost half of scheduled meetings; leaving the traditional large workplace boardroom obsolete. Teem’s Workplace Productivity Analytics Index carries out a regular aggregated analysis of meeting room data from over 2,000 customers worldwide and found that globally, only six percent of meetings have 10 or more attendees, while 76 percent of meetings include only one to three participants. In addition, 20 percent of meetings are booked within 15 minutes of taking place, making it difficult for facilities and IT managers to plan suitable space and secure equipment needs for employees. The data also claims that large meetings can drain productivity, which is why businesses are increasingly investing in large conference rooms and instead opt for collaborative spaces where smaller groups can meet privately.

The Index data suggests that there are key changes in office coordination including the elimination of the large boardroom as meetings continue to shrink in size and spotlights barriers to effective collaboration, and the fact that employees do not show up to almost half of scheduled meetings. The Index claims to enable companies to compare their meeting room analytics with global and national averages to optimise office space and improve overall workplace collaboration and productivity.

The Death of the Boardroom

Twenty percent of meetings are booked within 15 minutes of taking place, making it difficult for facilities and IT managers to plan suitable space and secure equipment needs for employees.

Contrary to the previous statistic, employees operating on Central time and in the Asia Pacific time zone appear to be the most punctual and reliable for meeting attendance, with only 15 percent and nine percent of scheduled meetings resulting in no shows, respectively.

Tech Is Reclaiming The Workspace

By allowing employees to reclaim cancelled or ghost meetings, employees can make better use of collaborative space. On average, each meeting room is only used 38 percent (3.3 hours in total per room per day) of the time that they are available; although many rooms appear to be out of commission due to ghost meetings.

Unsurprisingly, Teem advocates the implementation of technologies that monitor meeting room usage, which, by allowing employees to reclaim cancelled or ghost meetings, enable 15 percent of collaborative space to be reclaimed.