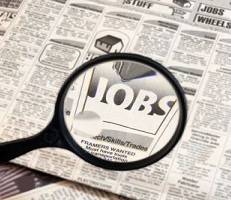 The death of an intern at Merrill Lynch last year after working around the clock, exposed the lengths many young people will go to get a foot on the corporate ladder. According to a new research project from Adecco, the demand for intern posts continues to grow; with half (49%) of all young people entering the jobs market willing to work for free. The higher the level of education the greater the intern trend; (38% – GCSE; 50% – AS level; 54% – A levels; undergraduate – 60%; post graduate – 68%). However, the survey of 16-24 years olds across the UK found that almost half (47%) of all young people would do any job that is available. The reason? Contradicting accusations that they are an ‘entitled generation’, 95 per cent of 16-24 year olds believe there is stigma attached to being an unemployed young person.

One of the problems is that at the age when they should be earning money, many young people are seeking the work experience they should have accrued while at school. Over a third (35%) didn’t complete any work experience at school – and one in eight (12%) said that this was because they had no interest in doing so.

The research uncovered the battle for jobs that young people across the UK face; as over two thirds (69%) applied for up to ten jobs within the last 12 months; a third (32%) applied for more than ten jobs and  over one in seven (14%) applied for over 20 jobs.

It can also be tough to secure an interview. Over one in seven young people (13%) have never been invited to an interview despite sending out applications. For over half (54%), they are invited to interview for just one in every ten applications they send out.

“Many are finding the struggle to get onto the employment ladder so difficult that they are willing to work for free to gain quality work experience.”