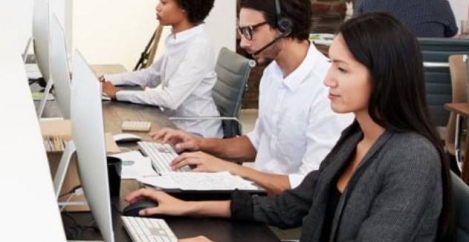 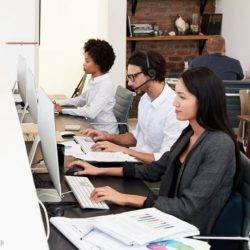 Hong Kong has replaced London’s West End as the most expensive office market in which to accommodate staff, according to new research from Cushman & Wakefield. The annual Office Space Across The World report surveys occupancy costs across 215 office markets in 58 countries worldwide. Using proprietary data, it ranks occupancy costs per workstation and workplace densities for newly developed or refurbished office space globally. Limited availability and strong demand from mainland Chinese corporations have pushed Hong Kong costs up 5.5 percent to $27,431. Escalating rents are driving a growing number of multinational corporations to decentralise to lower cost areas.

As a comparison, for the same cost of accommodating 100 staff in a Hong Kong office, 300 can be accommodated in Toronto, 500 in Madrid, and 900 in Mumbai.

By contrast, costs in London have fallen 19 percent since 2016 – largely as a result of currency depreciation – to an average of $22,665 per workstation per annum. Paris, also in the top 10 albeit nearly half the cost of London, saw costs fall too.

At a global level, the average annual cost per workstation rose by 1.5 percent over the last 12 months. This was driven by the Americas where costs increased by 4.2 percent and Asia Pacific, where they rose by 3.4 percent. EMEA posted a fall of 1.3 percent. Currency fluctuations have produced some of the biggest changes in the report’s rankings. For companies looking at their local costs, this factor will exercise them more than property markets over the next year.

Along with rising occupancy costs, workplace density – the number of workers within a given space – has also increased at a global level in 2017. Employers, especially in traditional ‘power cities’ like New York, London, Tokyo and Hong Kong, want to be as efficient as possible in order to accommodate rising workplace populations and get the best value from increased occupancy costs.

Report author Sophy Moffat, Research & Insight EMEA, Cushman & Wakefield, said: “Hong Kong and London are by far the most expensive office markets in which to accommodate staff but secondary cities are beginning to compete in the digital age in ways not possible during the industrial age. Beneath the established global contenders, the likes of Stockholm, Austin and Seoul are moving up our cost rankings. Austin, which has risen to 21 on our list, is still 40 percent cheaper than Silicon Valley and has become a tech hub in its own right.

“As workstation costs rise, it’s crucial that employers get the most out of their workforce by providing work environments to help attract and retain the best talent in a globally competitive marketplace. There’s a tipping point when density is too high, or the amount of collaborative space is too low. Both can be a hindrance to people getting their work done. As competition heightens between spaces and cities, consideration of user experience and employee wellbeing is imperative.”

In the longer term, the report states, there will also be some rebalancing of occupancy costs across the world as talent and business orientates towards emerging economies. By 2025, more than 45 percent of Fortune Global 500 companies are expected to come from the emerging markets compared to just 5 percent in 1990.

Reduced hours do not necessarily lead to reduced workloads, study finds Third of applicants turn down jobs due to lack of flexible work options