How a big, stupid idea can be more attractive than a small, effective one 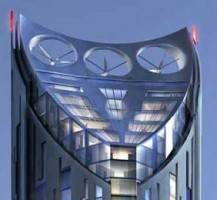 We’re going to be hearing a lot of big ideas over the next few weeks. Politicians will be sharing their ‘visions’ with us and letting us know exactly how ‘passionate’ they are about them and anything else Twitter tells them we care about. It’s going to be boring and infuriating, but we only have ourselves to blame. We fret when politicians don’t give us a handy label on which we can rest our hopes or lay the blame, depending on whether we agree with whatever the big idea is or not. Of course, David Cameron’s vision of choice when he became Prime Minister in 2010 was The Big Society. I won’t get into the rights and wrongs of that but I think we can all agree that The Big Society has been kicked unceremoniously into The Long Grass and we won’t be hearing much about it in the build up to this year’s General Election. Nor will we be hearing much about another of David Cameron’s pet projects even though that has actually gone on to be something of a success.

In 2010, he established something called the Behavioural Insights team which was rechristened by the press as The Nudge Unit. Its premise was based on a principle that came to prominence in 2008 with the publication of a book called Nudge: Improving Decisions About Health, Wealth and Happiness, by two Chicago based academics, Richard Thaler and Cass Sunstein. 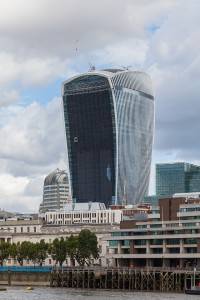 The gist of this idea is that you don’t need to regulate people’s lives to get them to change how they think and behave. Instead, you work on the demonstrably true premise that people don’t always act in their own best interests but can sometimes be nudged into making what are considered better choices. The book’s authors describe this as libertarian paternalism and, even if you don’t think we need the government’s fatherly hand on our shoulders let alone its iron fist, there’s no question that the UK’s approach based on the principle has largely been a success.

Amongst other things, the nudge team has worked successfully on specific projects such as those with Job Centres to increase the numbers of people in jobs significantly and has found other ways to more than double payments from people whose vehicle excise duty is out of date, increase the rates of repayment of income tax by around 15 percent and increase the uptake of the offer of loft insulation by a factor of three. So successful has this initiative been that private companies and foreign governments have paid to hear its ideas to the point where it has now gone into business by itself, owned in equal thirds by the government, a private investor and staff.

If the Big Society had been half as successful as this programme, we’d have heard a lot about it and it would be an important factor in the General Election. Which begs the obvious question of why that should be. Could it be that people are more attracted to a grandiose folly than a humble success? I say people in this regard because, while it would be easy to pin it all on politicians and their characteristic predilection for grands projets, grandstanding and ribbon cutting, we can also find evidence of it in the behaviour of many types of people and organisations. 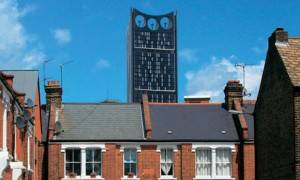 Take the issue of London’s vanishing skyline, now punctured by a proliferation of increasingly hideous skyscrapers as developers and occupiers seek to address the shortage of space available in what humans semi-arbitrarily deem desirable postcodes. There are a number of things that could be done to address this. One is for the government to provide various incentives for firms to base themselves elsewhere. Another is to use space more effectively (a recent HOK benchmarking report into City offices found they are underutilised by 48 percent). A third would be to change the way people and employers use existing space, perhaps through flexible working programmes. Or you could commission architects to produce something hideous like the Walkie Talkie, the Strata building in Elephant and Castle or dozens of others like them to exacerbate the structural problems they are meant to solve while ruining some of the things you enjoyed about London in the first place. No prizes for guessing the preferred route. 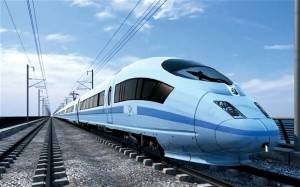 You can also see it in the way companies are drawn to diversification and mergers and acquisitions strategies rather than those that focus on the steady development of an existing business, despite the appalling track record of companies in shifting away from what made them successful to begin with. Most pertinently in the UK right now you can also see it in the development of HS2, a project that has now been through several iterations of a business case as it seeks to stumble across one that convincingly obscures the real reasons why politicians and the rail sector want it to be built. Many of the issues that HS2 is designed to solve can be addressed in smaller, more effective, more imaginative and cheaper ways, as the subsequently ignored 2006 Eddington Report into the country’s transport infrastructure made clear. “High-speed rail with unproven technology and with dubious economic benefits is not something we should be spending £30-40 billion on”, he told Parliament in 2007 to little effect.

So, we are not always drawn to modest proposals and politicians obviously can find it more attractive to get behind a big, stupid idea than a number of small, effective ones. We shouldn’t blame them too much for this, because it’s equally obvious that this is something that affects us all in one way or another. But we should be on the lookout for it.

This feature appears in the new issue of Mix Interiors