HS2 will generate £40 billion in economic benefits and a surge of investment in office space, claims new report 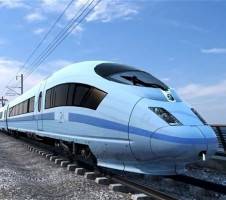 According to a report published today in The Daily Telegraph, the UK’s new HS2 high speed rail network will encourage housebuilding and commercial property development as part of a £40 billion boost to the UK economy. The report, produced by consultants EY, also suggests that  new developments around the main stations along the route, including Birmingham, Manchester and West London would generate some £1 billion  a year before the route’s completion in 2035, including some 850,000 sq ft of new office space. The newspaper claims the full report will be released by the Government this week as part of its campaign to win support for the controversial scheme and that its content will be a major talking point at this week’s MIPIM which takes place for the first time in London. It was revealed recently that the Government now expects the scheme to cost £73 billion, a figure which critics, including Mayor of London Boris Johnson claim could be spent more wisely.