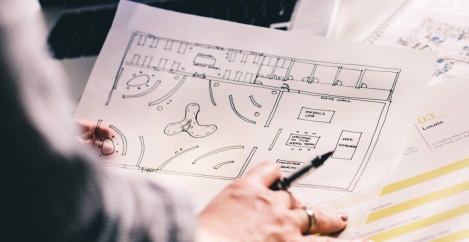 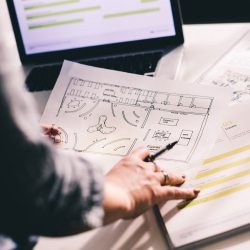 The events of the last 18 months have given us a once in a generation opportunity to reinvent work. Our generation can create a discontinuity between the assumptions of the past and the opportunities of the future. To capitalise on these opportunities though we have to dispense with the assumptions we hold about work and the places where work takes place, including many of the assumptions we hold about hybrid working. We have to re-examine the purpose of the office and what form it might conceivably take in the future before we can decide if it has any place in our plans.

The design of our workplaces, the organisational culture that inhabits them and the practices that embody that culture have to be more closely aligned to the mission of our organisations; to maximise productivity and unleash unprecedented human ingenuity and creativity. This is the only way we will meet the challenges that face humanity.

The offices we inhabited in February 2019 were already a suboptimal environment in which to achieve the type of work most of us are engaged in at the beginning of the 21st Century. This is not surprising: the layout of the office had not been radically re-examined since the 1920s. Plenty of rigorous academic studies prove that open plan workplaces are toxic to productivity.

As usual, the truth is a little more complicated than the headlines. It is not that open plan environments are intrinsically bad. It is that too often only two types of working environment are available to employees: open plan desks and meeting rooms. This binary choice was at the heart of many of the issues with open plan offices.

If we’re being honest with ourselves the pre-pandemic office was barely fit for purpose and should never be an environment that we return to. If we do it represents a massive failure of imagination.

Another symptom of our failing pre-pandemic workplaces was the lack of available meeting rooms. This stood out to me starkly while designing an office for a software company. Our client was a big proponent of the Agile software development methodology, best known for Sprints and Stand-Ups. It encourages a series of rituals aimed at bringing people together to share knowledge and progress whilst encouraging them to pull work independently. The software company had a very defined set of practices and rituals based on this methodology and a particular organisational culture. They were trying to occupy a very ordinary open plan office but finding it didn’t work for their needs.

One of their major problems was that they never had enough meeting rooms for the rituals of all of the different software development teams. This problem was alleviated when we redesigned their offices with specifically designed spaces for Agile rituals. Suddenly we saw that they had more availability of meeting rooms because they were being used for their intended purpose – meetings. We then introduced newly designed shared spaces and guess what? Meeting room availability was no longer an issue.

It turns out that when presented with the binary choice between open plan desking and closed meeting space, people will take a meeting room for activities they need to do with their colleagues. Most of these activities do not really require a meeting room, it’s just that their needs are not well met elsewhere in the office.

This failure of imagination is the birth of the 3:2 model

As a designer, a significant part of my job is to illustrate possible visions of the future to help clients imagine potential alternatives and make better decisions as a result. Part of the problem at the moment is that we lack the visions of a positive future. In the absence of anything better we reach for the familiar: the office we came from; the home in which we now work or a mix of those two things. This failure of imagination is the birth of the 3:2 model that is central to many of the current conversations about hybrid working.

This is wrong. The future should contain all of those things but it may also contain so many other alternatives and opportunities. Should the future be to work from home or restart the commute into the office? Again, our imagination needs to go beyond that binary choice? Our local communities need our support. Why should we not work from our local village or town, work from home and commute to a large city on different days for different reasons? Why not work from a local cafe or the local library? In this way we would be more present in our local communities, the places we have chosen to live, and in the process we would be supporting a thriving local economy and social scene.

The current choices we are providing ourselves with are artificially constrained. We need to constantly challenge ourselves to look beyond them. There are a myriad of solutions that we might imagine. The idea of 2.5 days in the office that is central to many of the conversations about hybrid working is a lazy answer. I believe that we have an opportunity to see an unprecedented increase in productivity whilst maximising employee wellbeing and happiness. I believe the next step should be a resurgence, not simply a drift back to the way things were before the pandemic.

We need workplaces that allow us to liberate our human potential. We need spaces that maximise productivity and unleash unprecedented human ingenuity and creativity. This is the only way we will meet the challenges that face humanity in the 21st Century. If all we do is drift back to our pre-pandemic ways of working then we all will have failed.