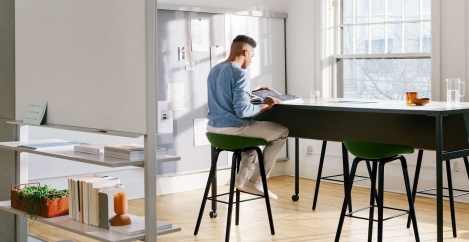 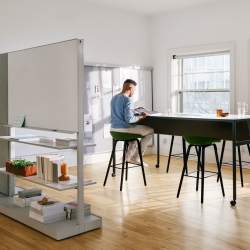 Future Forum, a consortium launched by Slack with founding partners Boston Consulting Group, MillerKnoll and MLT has released the latest findings from its  Pulse study, which shows that hybrid working has become the dominant work model for knowledge workers around the world. The report claims that the percentage of people working in hybrid arrangements has increased to 58 percent (from 46 percent in May 2021), as the share of workers who say their teams work exclusively either from home or from the office has declined sharply.

Globally, more than two-thirds (68 percent) of those surveyed now say that their preferred work environment is hybrid—underscoring the urgent need for leaders to align on how they can embrace flexibility while ensuring an equitable experience for all members of their workforce.

The Future Forum Pulse is published quarterly and is based on a survey of more than 10,000 knowledge workers in the U.S., Australia, France, Germany, Japan and the U.K. Data from the Pulse shows that despite uncertainty around new Covid-19 variants, knowledge workers are now feeling more positively about their employee experience than at any other point since Future Forum began surveying in summer 2020. Executives are feeling less concerned about what some initially viewed as obstacles to hybrid working—like how to support coordination and innovation for distributed teams—as a growing number (41 percent) refocus on a more nuanced, long-term goal: how to prevent inequities from developing between remote and in-office employees.

“It’s past time to move beyond the ‘remote versus office’ debate. The future of work isn’t either/or, it’s both,” said Brian Elliott, Executive Leader of the Future Forum. “A hybrid model can foster a more flexible and inclusive workplace, but only if leaders are intentional about establishing guardrails to ensure all employees have equal access to opportunity and can participate on a level playing field.”

The Future Forum Pulse claims that the vast majority of global knowledge workers now expect to have flexibility in where and when they work. Seventy-eight percent of all survey respondents say they want location flexibility (up from 76 percent last quarter), while 95 percent want schedule flexibility (up from 93 percent). Executives who are concerned about the Great Resignation should take note that among their employees, requests for more flexibility are not “empty threats”—72 percent of workers who are dissatisfied with their current level of flexibility at work say that they are likely to look for a new job in the next year, compared with 58 percent of all respondents.

The desire for flexibility is particularly strong among those who have been historically underrepresented in knowledge work, including people of colour, women and working mothers:

The Pulse data claims that there has been a marked improvement in knowledge workers’ employee experience scores with the rise in hybrid work. Globally, workers are polling higher quarter-over-quarter across all eight elements of the Pulse survey, including 12 percent higher for overall satisfaction with their working environment, 15 percent higher for work-life balance and 25 percent better about work-related stress and anxiety. Remote and hybrid employees score higher than full-time office workers on all elements of the employee experience, from work-life balance and work-related stress, to measures like sense of belonging at work and value of relationships with coworkers—long a source of concern about remote and hybrid work arrangements.

Although employee experience scores are rising, there is growing awareness among executives of the risk of proximity bias, or favoritism toward colleagues who work together in a physical office. Today the number one concern among executives with respect to flexible work (cited by 41 percent of respondents, up from 33 percent last quarter) is the potential for inequities to develop between remote and in-office employees.

Data from the Pulse suggeststhat the harms of proximity bias could fall hardest on historically underrepresented employee groups, since they are opting into flexible work arrangements—and opting out of work in the office—at higher rates than their peers: