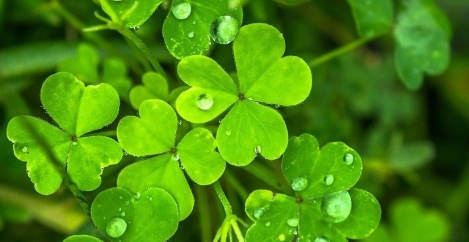 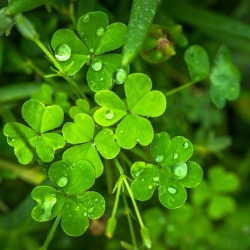 If you click on the first link in any article on Wikipedia and keep repeating the process, eventually you will land on the Philosophy page. Or you will 97 percent of the time, according to Wikipedia itself. There’s a dry explanation for this involving the site’s classification system, as explained by the mathematician Hannah Fry here. But there’s a more poetic explanation that I prefer. That every subject leads back to a consideration of ourselves, our lives and our place in the world. Anthropocentric maybe, but then again, the proper study of mankind is man.

The career arc of Charles Handy may prove it. I first came across his work when a colleague pressed a copy of The Age of Unreason into my hand in 1992. A manifesto for the future of work, it also marked Handy’s shift of focus away from management theory towards something more philosophical.

Although rooted in his idea of the future organisation as a shamrock (still relevant today), it also explored the impact on people’s lives and their need to find meaning in what they do for a living and how organisations should help them to lead better lives. As he later wrote in The Age of Paradox: “we cannot wait for great visions from great people, for they are in short supply. It is up to us to light our own small fires in the darkness.”

The times change and we change with them

By 2019 and at the age of 87, he was writing the purely philosophical book 21 Letters on Life and its Challenges. The first of these letters is entitled Things Will Be Different, a four word phrase that sums up much of his work.

In it, he draws a distinction between knowing that things will change and knowing exactly how. Although he does console us with the idea that uncertainty shouldn’t prevent us from knowing that we can and will adapt.

“The truth, however, is that I cannot know in any detail what the world will be like by then. Nobody does. All I can tell you is that it will be different in many practical ways. Change is always there. Exciting, if you are up for it, but challenging. The Romans knew that. ‘Tempora mutantur, nos et mutamur in illis,’ they said: ‘The times change and we change with them.”

It’s a thought he picked up on in a piece from late 2020, arguably the greatest period of change for many decades. In it he argues for less certainty and more instinct in periods of great uncertainty and he may be right.

There is even a possibility that we are about to experience a period of change that will surpass that sparked by the pandemic. That is the premise of this piece from Flip Chart Rick based on the findings of a report from the Resolution Foundation. He writes:

“Before Brexit and the pandemic, most articles and conferences on the future of work focused on technology to the exclusion of almost everything else. Now everyone is talking about remote working and the future of the office. A few mention demographics, though given how long we have known about the population ageing, it still strikes me as odd that it rarely appears on the agenda. Climate change and the shift to Net Zero barely gets a look in.”

These issues are all raised in Matthew Taylor’s recent animated film for the RSA. Tellingly, he too turns to philosophy and the human condition in his talk. Because ultimately, it’s all about people. Or should be.

None of this is new. What is? The philosopher Bertrand Russell spoke in 1960 of philosophy’s ability to help us deal with uncertainty. He also had a few things to say about the problem of being certain in uncertain times.

“If you’re certain, you’re certainly wrong, because nothing deserves certainty,” he says. As we’ve also said before, there is far too much certainty around right now about some of the challenges we face including how we reshape work. We should distrust it and push back on it wherever we find it.