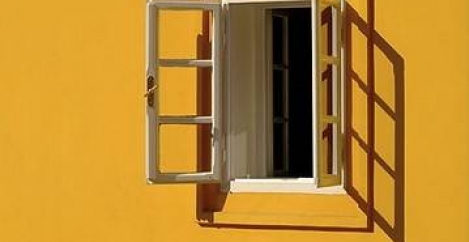 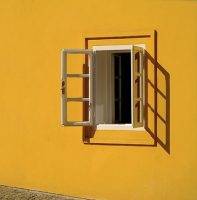 One of the unintended consequences of the pandemic has been to focus attention on the issue of indoor air quality. But as Sarah Zhang points out in a recent piece in The Atlantic, this is an issue that we have long understood, and not just as a way to reduce the risks of infection. It is essential for our wellbeing.

As she also points out, our awareness of the issue predates not only COVID-19 but also the germ theory of disease itself. “The Greek physician Hippocrates warned in the fifth century B.C. that bad air was the cause of pestilence,” she writes. “People in the Middle Ages believed some version of this too. The word miasma, which dates to the 17th century, comes from the ancient Greek for pollution. In the 19th century, the fear of outbreaks fueled new sanitation campaigns to rid cities of miasma.”

Our awareness of the need for high levels of indoor air quality in the office also predates the pandemic. One of the most influential pieces of research into productivity in the office is Productivity in buildings: The ‘killer’ variables which sets out the most important factors needed in buildings to improve people’s productivity and wellbeing. Its results have been reproduced in numerous other studies and it’s interesting that two of the killer variables – comfort and ventilation – relate directly to air quality, although this is one of the most overlooked factors in creating healthy and productive office environments.

Air quality at work is both essential for wellbeing and productivity and a legal right. Business owners have an obligation to ensure that workplaces have effective ventilation and a sufficient quantity of fresh or purified air, as specified in Section 6 of the UK’s 1992 Workplace Health, Safety and Welfare Regulations.

Section 30 of the Health and Safety Executive’s General Ventilation Guidance for Employers defines the health risks associated with air pollutant exposure in the workplace, stating: ‘Employees … are exposed to contaminants arising from many sources including carpets, furniture, cleaning products, heaters, photocopiers, the building itself, the ventilation ducting and from the outside environment’.

The typical symptoms of poor air quality in the workplace typically include headaches, tiredness, difficulty concentrating, dry skin, sore eyes and a blocked or runny nose.

A 2011 study set out some of the benefits of addressing air quality in the workplace. It found that people are 1 percent more productive for every ten percent increase in their levels of satisfaction with air quality. In addition, improving air quality typically reduces absenteeism by 10 percent.

One percent may not seem much but The World Green Building Council states in its 2016 report ‘Building the Business Case: Health, Wellbeing and Productivity in Green Offices’, that employees account for 90 percent of a company’s operating costs. Just a 1 percent improvement will therefore have a significant impact on the bottom line.

But this clear business case is frequently overlooked because often it’s invisible according to Cath Noakes, a professor at the University of Leeds’ School of Civil Engineering who said in this BBC report that “outdoors, when very polluted, you can see and taste and smell it. But indoors, you often can’t detect what’s there. When people can’t see something, they dismiss it.”

The pandemic has seen us focus a great deal of attention on surfaces in the places we share. Arguably, there has been far too little talk about indoor air quality. That is something that has to change as we begin the tricky business of coming back together to share spaces and air with each other.

Not waving, but drowning: why we need to take languishing more seriously Yoga is not a wellbeing strategy