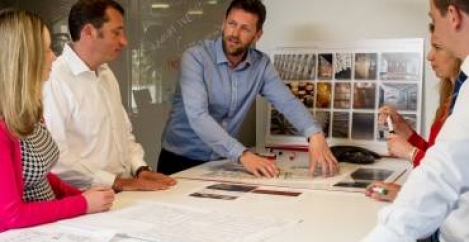 Is it now time to take a stand on sitting in the workplace? 0 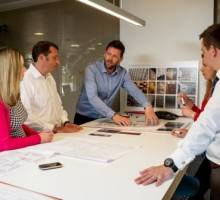 The search for wellbeing is taking over the workplace as companies look to attract and retain the very best talent. Bosting health, happiness and productivity in the office environment is now paramount to counter potential negative health effects and growing discontent from office workers. A key factor in this topic is the ill-effects caused by workers spending the vast majority of their day sitting inactive at their desks. Workers are now taking a stand in the office and companies are being forced to act. Recent research carried out by the American College of Cardiology reported that an office design that makes people sit at their desk or meeting room for hours every day is equally as bad as putting a cigarette in their hand; leaving them at raised risk of cancer, heart disease and diabetes. 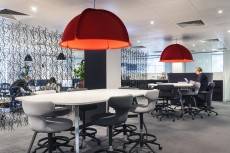 This may seem a little extreme, but further studies from the British Heart Foundation of 2,000 UK office workers found that 37% of men and 43% of women spend less than 30 minutes a day on their feet in an office. In all, 78% of office worker felt they spend too much time sat down. This puts their health at great risk and can lead to sluggishness, reduced alertness and a decrease in motivation. To counter this, office design companies are now looking at ways to get people off their chair and standing.

The standing desk is far from a new idea; Ernest Hemingway, Winston Churchill and Vladimir Nabokov all used standing desks and Thomas Jefferson actually designed his own. In the workplace, leading companies currently offering workstation desks include Facebook, AOL, Twitter and Google. Asana, launched by one of Facebook’s co-founders, now even offers motorised desks that go from sitting to standing at the touch of a button.

This is now going one step further with companies, such as M&C Saatchi Sport & Entertainment introducing stand up meeting tables which make meetings more energetic and efficient. 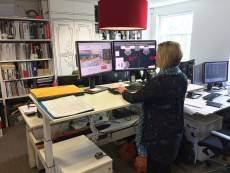 In a BBC report, Jeremy Myerson, professor of design at the Royal College of Art explain that what changed things in the 20th Century was “Taylorism” – time and motion studies applied to office work. “It’s much easier to supervise and control people when they’re sitting down,” says Myerson. “There’s a tendency to treat workplace design as a cost, not investment”, he suggests. Denmark is taking a lead in this area and has just made it mandatory for employers to offer their staff sit-stand desks. 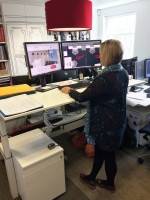 But if we accept this evidence, is the standing desk really the best option? According to experts at Diabetes Care, in order to best mimic the natural human physical activity rhythm, people should alternate between 20 minutes of sitting and standing, with a 15-minute break every two hours. Too much standing can bring their own health problems including repetitive strain injuries, tender feet and knee pain they report.

The solution surely is providing office workers with choice so they can stand or sit at their workstation thanks to a height-adjustable desk and can select a stand up meeting table when they want a short, punchy meeting. Of course, we can go a step further with the “Hamster Wheel Standing Desk” designed by California-based art graduate Robb Godshaw but is feeling like you’re on a hamster wheel really how we want to feel?