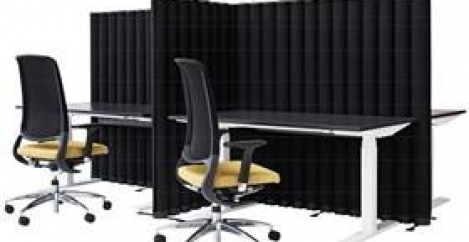 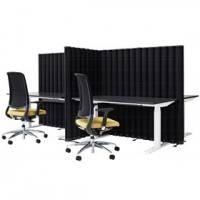 We live in the Global Village, Marshall McLuhan’s construct of an electronically contracted world in which attitudes, cultures and our political, business and legislative framework begin to pull together. And yet still each nation is characterised by the little differences that set it apart from its neighbours and even nations on the other side of the globe. So while there are many common threads that bind workplace design in different countries many of the core issues that shape the way we design and manage offices, such as demographics, status, organisational culture, technology, legislation and corporate identity can  vary from country to country. The way these are viewed and the emphasis each country places on each of them shape how they manifest themselves in the local market.

As well as local legislation and culture, one of the key drivers for such differences is the anthropometric make up of the local population. This can be particularly important in trade areas that span a continent because of the tension it creates between general legislation and the size and shape of local populations. Regulations tend to work on the basis of the middle 95 per cent of the user population which is fine for most people but still ignores fairly large parts of the population. 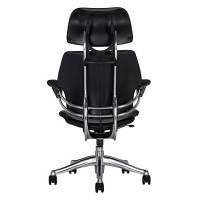 In addition the anthropometric data that legislation is based on can be outdated within a generation. History shows us that anthropometrics can vary wildly from country to country and over time. Europeans in North America were far taller than those in Europe in the 18th and 19th centuries. However, several nations, indeed many nations in Europe, have now surpassed the US in terms of average stature, particularly the Netherlands and Scandinavian countries. Most marked is the Netherlands where average height has increased at the greatest rates. In the late 19th the Netherlands was a land renowned for its short population. Today it has the tallest average in the world with young  men averaging over 6ft tall. The increase has been so dramatic that various products have been redesigned to fit their much taller frames as well an entirely new approach to office interiors.

In the short term, populations can change shape even more quickly. Most notable is the way in which the British population is getting wider, if not taller. According to recent statistics, around 42 per cent of men and 32 per cent of women are now classed as overweight, compared to just 6 and 8 per cent respectively in 1980. Even accounting for due criticism of the body mass index that this data is based on, that’s a sizeable shift in the shape of the population in a short space of time.

So how can we take account of the cultural and anthropometric differences between nations? For companies that work with staff across countries the solution can be to provide a simple design coupled with a culture that helps local offices manage local differences. 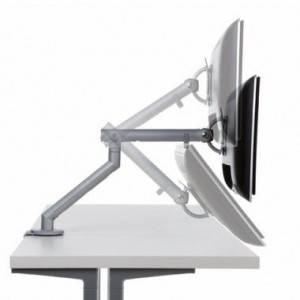 In Europe, the key market remains Germany and so the design of chairs for many Europeans is based on a synchronised mechanism (one in which the back and the seat move in a synchronised ratio). This is the favoured solution in Germany and across much of Europe and indeed offers a great solution. It is why many of Europe’s most successful furniture makers such as Dauphin, Sedus and Interstuhl are German and have such a strong emphasis on ergonomics in their designs and marketing messages.

However many individual countries have their own take on what constitutes good posture and ergonomics. In Scandinavia where demands and market conditions are not only different but based on a sophisticated understanding of wellness, the Germanic approach is not always viewed favourably. Here firms such as Kinnarps (top) and RH have their own ideas about what constitutes good ergonomics.

In either case, we should be wary of standardised solutions which not only may be inappropriate for individual users but can also lead to the idea that anything that is different or better is there to deal with specific problems. It can be dangerous for employers to think that some types of chairs should be given to people with specific back problems because the solution becomes clinical. 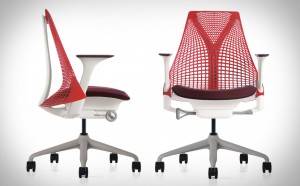 The move away from prescribing solutions and instead allowing people greater autonomy over how they work has driven some of the key developments in workstation design in recent years. While most employers continue to specify desks in chains with shared structures and fixed heights, the best option for their organisation might be to allow a greater degree of individual choice in the height of workstations.

The approach of countries in this area varies wildly. In Scandinavia, The Netherlands, some other parts of Northern and Western Europe height adjustable desking is seen as the norm rather than as something to specify for medical reasons as it may be in the UK.

The use of sit-stand workstations is proliferating in the US as well according to this article in the New York Times which also cites how office furniture giant Steelcase is one firm that has taken this approach one step further with its development of a much discussed combined height adjustable workstation and treadmill.

Fortunately, we Brits do lead the way in one area, which is in the development of equipment for the use of computer screens. In the past, the standard approach to ergonomics was based on a comparatively fixed position for a monitor with a fixed height desk. Understandably ergonomics was focussed on posture. However this approach is still the one codified in the UK by the hopelessly outdated DSE regulations which are inexplicably still the main source of information supplied by the Government despite predating the Internet.

Fortunately it is now easy to adjust a screen to provide the optimum viewing distance for each user. This is not just a matter of reducing eyestrain depending on the vision of the user, but is also about personal preference and accommodating the needs of different people. This principles has inspired the pioneers of this approach including designers at firms from around the world such as Colebrook Bosson Saunders, Humanscale and CMD and  sits neatly with the current focus on inclusive design, especially for disabled and older people driven by research such as that from the Helen Hamlyn Centre at the Royal College of Art.

The benefit for users of this globalised approach to ergonomic design is that while each country might be driven to develop particular solutions by local conditions, parallel developments in other parts of the world mean it is also able to draw on the experience of others. So, for example, while the British are yet to fall completely in love with the idea of sit-stand workstations, we are at least increasingly aware of the benefits they bring and a growing number of companies are taking the plunge and taking advantage of fully resolved solutions from other countries.

Proposal to fund development of Grade A office space in Northern Ireland Is it now time to take a stand on sitting in the workplace?