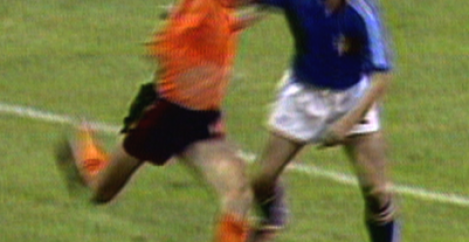 What Johan Cruyff can teach us about the contemporary workplace 0 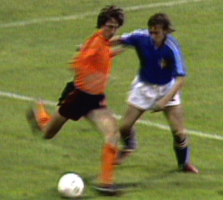 The Dutch (and to an extent, their north European neighbours in Scandinavia) are regarded as leaders in ideas on how to improve employee engagement, productivity, wellbeing and basically putting people ahead of the capital asset. It’s why people are heading off to Amsterdam this week for the Smart Workplace Design Summit. What you might not know is that this whole approach is deeply rooted in Dutch culture. There is a distinct Dutch way of doing things. FM World is planning to explore this in a forthcoming issue in May. In the article readers will hear from organisations like Veldhoen and their adherence to the concept of activity based working (ABW). Veldhoen has a philosophy about workplace and how to improve an organisations performance. It all hinges on ABW. They won’t bother working with you unless you buy into their way of doing things. This is very Dutch. And why not. It works: Veldhoen get results.

Another organisation to check out is YNNO. Both organisations have a specific attitude. It is a principled approach flowing through many aspects of Dutch life. And none is more strongly expressed than in football. Total Football to be precise.

The biggest and most successful exponent of the total football philosophy (tactics don’t even cover the concept) was Johan Cruyff. He died just before Easter and in every obituary were the words legend, genius and influence.

He changed football forever. His approach was one based upon questioning received wisdom (again a Dutch attitude). He was an original disruptive thinker (something FM in the UK is crying out for right now). You can read almost anywhere on the internet about total football and Cruyff’s influence – but start with the Guardian – but his determination to be creative and his challenge of authority inspired, astonished and delighted contemporaries.

Together with Rinus Michels he re-imagined football as a swirling spatial contest: whoever managed and controlled limited space on the field would win. David Winner, author of Brilliant Orange, argues that in this Cruyff and Michels drew on wider Dutch culture: for centuries the people of the Netherlands had been finding ways to think about, exploit and control space in their crowded sea-threatened land. It is present in Dutch design, architecture and land management. It’s present in workplace and FM.

Can you see the connection? I’d argue there are lessons here for ‘professionals’ in workplace and FM. We need to rethink what is happening in the UK support services sector just as Cruyff and his colleagues did in the 70s and 80s with regard to Dutch and world football.

FM can learn from workplace. Workplace can learn from football. But whatever happens and with or without ABW, it needs leadership. It also needs rules and rigid system to allow the freedom of such a swirling spatial contest to succeed. Because even as players swap positions and roles (think about that in a workplace scenario for a minute) the system fails without the genius and leadership of someone like a Cruyff in its midst.

Andrew Brown is a writer and consultant with communications consultancy Frank and Brown. He previously led the in-house team at Alfred McAlpine and is a former editor of FMX magazine. www.frankandbrown.com/