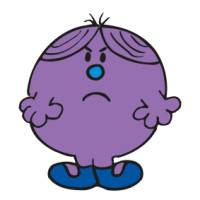 As we reported just a few weeks ago, when it comes to implementing flexible working practices, one of the UK’s most obdurate sectors is the legal profession. While an increasing number of law firms are implementing flexible working of one sort or another, progress remains slow compared to other types of organisation and is offered primarily to certain echelons of employees. Now a new survey from commercial solicitors Fletcher Day explores the reasons for this recalcitrance and suggests that many law firms are culturally reluctant to offer flexible working, may only agree to it as a short term measure and believe that flexible working is not compatible with a successful career. This view also appears to be held by over three-quarters of the lawyers surveyed, including those who may have requested flexible working arrangements recently.

The survey notes that the demand for flexible working is there. Of the lawyers responding to the survey, 88 percent would like to see their practices take a more positive approach to flexible working, a fifth (21 percent) had requested flexible working arrangements in the previous year.  However two thirds (66 percent) of those surveyed felt that their friends and associated who worked outside the legal profession enjoyed more flexible working than lawyers.

However, more than three quarters of those surveyed agreed with the idea that flexible working arrangements ‘could potentially affect career progression in the future’. Respondents also cited inadequate support from the business and poor project management skills also had a detrimental effect on the ability of lawyers to work flexibly.

Jude Fletcher, senior partner of Fletcher Day, commented: ‘There is a dissonance between skilled individuals’ hunger to gain better control over their working patterns, and the ability of law firms to offer its staff that measure of control – in order to win their loyalty, retain their industry skills, and respect their professional and commercial judgement. Flexible working is a request that, in too many cases, is made with hesitation and agreed to with reluctance. As one lawyer puts it later on in this paper, too often a flexible working request is seen as “career suicide”.’