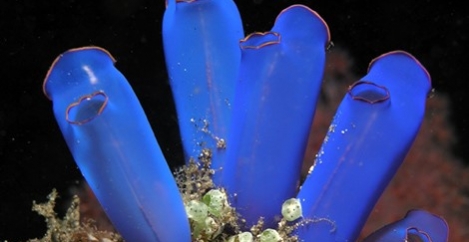 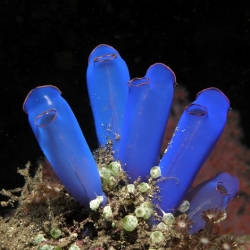 One of the best tricks Clive James ever pulled was finding acceptance as a public intellectual in the UK. It’s not easy in a country in which it is possible to be too clever by half or even too clever for your own good. Stephen Fry continues to pull it off as does Mary Beard, but it’s a hell of a thing to achieve. In the UK it seems to rely on straddling at least two worlds.

Clive James achieved it by embracing television and newspapers, never talking down to people (as Richard Dawkins is prone to do, for example) and dealing with popular culture as readily as high art. This is what introduced him to the general public in the 1980s, and it also opened a gateway to his other work. I knew him first from his chat shows and travelogues but that led me to read things of his that went over my head at the time including a book called Cultural Amnesia.

The book is a series of essays on people who shaped the world in the 20th Century and includes some obvious names like Hitler, Trotsky, Wittgenstein, Thatcher and Kafka along with a slew of others less familiar.

The book is breath-taking in its scope and depth, moving, inspiring and terrifying and the obvious product of a superior intellect. Underlying each essay is the premise that we are prone to forget a great deal that we have already learned, including genuinely terrible things, and that we should never forget how complex, vast and unknowable the world is.

I have always loved the title of Milan Kundera’s The Book of Laughter and Forgetting. I hope this is a book of laughter, at least in places. But it is everywhere a book of forgetting. I am not urging young people to follow me on the path to a success. I am showing them the way to a necessary failure: the grim but edifying realization that a complete picture of reality is not to be had. If we realize that, we can begin to be realistic. Thinking otherwise, we doom ourselves to spinning fantasies, which might well be fluent, but could equally be lethal. Stalin and Hitler both thought that they could see the whole picture, and look what happened. WHATEVER WE SAY, it is bound to be dependent on what has been said before. In this book can be heard the merest outside edge of an enormous conversation.

I have written before about how bad or simplistic ideas can be laundered into mainstream acceptance and also how we are prone to forget the way that the conversations we have about the workplace have been shaped by the likes of Frank Duffy, Charles Handy and Eric Trist.

But Clive James presents us with another challenge. In Cultural Amnesia he confronts us with reminders of what we should have already learned, but also how this forgetfulness coupled with our yearning for pat solutions can lead us down unwise and even dangerous paths. I don’t need to spell this out.

We don’t know everything and the world is unknowable anyway

The same forces can be at play in more parochial domains of human existence, including the design and management of the workplace. In this domain it manifests itself in new certainties, about how we can actually see the whole picture and know that there are simple solutions to them, and sometimes only one.

We see it in the backlash against open plan and the daft conclusion that the only alternative to it is isolation. We see it in the perennially reanimated idea that the office is dead because we can work from home instead. It’s there in the obsession with making people happy at work, rather than making their work meaningful. It’s absolutely there in the way we bag people up in arbitrary demographic groupings and then dance around the bags, beating them with sticks. And it’s there in the way ideas are co-opted for commercial causes and stripped of meaning.

Now we have the same kind of flawed thinking applied to the idea that the coronavirus will mean we will all now work remotely from each other. Things will change but not like that.

But the world isn’t really like all of that and neither are we. We don’t know everything, the world is unknowable anyway and the future a mystery. We are filter feeders stuck to the seabed, grasping at whatever specks of information float past within our reach on currents in the ocean of knowledge.

These are not new ideas, but we are still prone to forget them. Most of all we need to constantly remind ourselves that whatever we learn or understand about any topic is merely the ‘outside edge of an enormous conversation’ and one that we cannot hope to understand completely, even though we are free to listen in and join it.

Firms should be aware of the legal implications of employee monitoring The FM industry is held back by short-term thinking, research claims