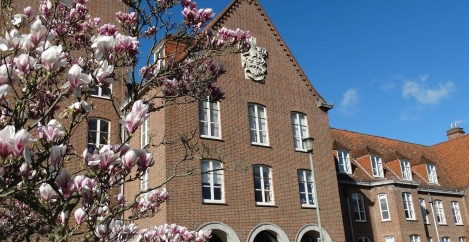 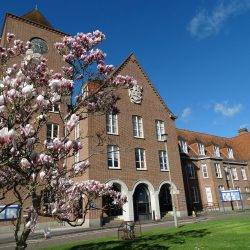 Local authorities have invested around £3.8 bn in commercial property over the last five years, a new study claims. The report (registration required) from property consultancy Carter Jonas and Revo claims that of the £3.8 bn invested, nearly half was spent on the acquisition of office space. It found that Spelthorne Borough Council in Surrey (pictured)  was the largest local authority investor committing £477.1 m to assets within its domain. This is more than double its nearest rival Warrington Borough Council (£219.5 m) and is largely down to the purchase of BP’s International Centre for Business & Technology in Sunbury for £360 m.

The report will heighten concerns that councils are exposing themselves to risk as they seek to use low interest loans from the Public Works Loan Board to invest in assets that generate an income. In the most recent budget, the Treasury announced plans to apply greater control  tosuch investments, especially those outside the council’s boundaries.

Retail accounted for nearly £1.2bn of spend with shopping centres (£600m) and retail warehouses (£400m) the most popular assets. The remaining investment was split between industrial (£500m), mixed-use (£100m) and leisure (£80m) with a small amount diverted to other alternatives.

The findings are part of a new research report, which surveyed members of the public and private sector including local authorities, investors, developers and other key stakeholders to identify the challenges and issues facing the UK’s town centres. This is the first phase of a comprehensive study that will be released in Autumn 2018.

53.1% of respondents highlighted improvements to and investment in the public realm as the most important initiatives to deliver town centre regeneration. Nearly half of respondents agreed that strengthening local and national town centre first policies and reducing business rates were also critical.

Dr Steve Norris, Head of Regeneration, Retail and Town Centre Consultancy at Carter Jonas, which advises organisations on such investments, said: “The scale of local authority investment in commercial property assets can in part be attributed to the availability of affordable credit…but is fundamentally born out of a deep desire to protect and improve the UK’s struggling town centres. However, the acquisition of these assets is only the first step and they need to form part of a broader masterplan or regeneration vision to ensure the investment potential is fully realised and deliver long term social benefits.

“The challenges facing the UK’s town centres and high streets are well documented, but we have embarked on this comprehensive study with Revo to identify a series of workable solutions that can be put into practice to halt the decline. Our research reveals that over 66% of respondents still see joint ventures partnerships as the preferred funding models for regeneration projects, so we hope to ignite fresh dialogue between the public and private sector to unlock new opportunities.”

Seven workplace stories to round off the week Artificial intelligence should have a clear ethical dimension, claims new government report