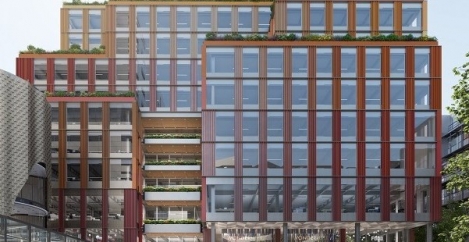 London office market ‘returns to normality’ in latter half of 2021 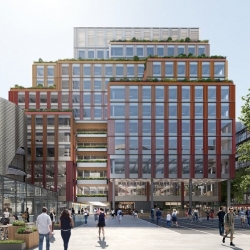 Avison Young’s latest research claims that occupier activity in the London office market last quarter increased to 3.1 million sq ft, 27 percent above the previous quarter, to reach levels last seen in 2019 in what the report claims is ‘a strong sign that London’s occupiers are approaching their workplace strategies and office use with increased confidence’. The firm claims that nine deals above 100,000 sq ft were completed during the last six months, more than in the preceding eighteen months combined.

This figure also represents a 29 percent increase against the ten-year average and a 21 percent increase on typical pre-pandemic quarterly volumes. 132 individual deals completed in the period; representing a fourth consecutive quarterly increase in both the volume of completed transactions and in the quantity of space let.

With the London office market gradually building back its strength across 2021, this culminated in an end-of-year take-up total of 8.8 million sq ft – a 71 percent uplift on the letting volumes seen in 2020. Although this total is 9 percent down on the long-term average for annual take-up, this is reflective of the stringent restrictions the market was operating under for much of the first half of 2021.

Key statistics and highlights of the occupier market in Q4:

The report claims that momentum was maintained in investment in the London office market at the end of 2021, as a total of £3.5 billion transacted over the last three months of 2021 – slightly ahead of the 10-year quarterly average and representing a 16 percent uplift on Q3 turnover.

This means that across the whole of 2021, almost £12 billion was invested into London offices. While this figure is 15 percent behind the ten-year average for annual volumes, it represents a 53 percent uplift against activity in 2020 and is 29 percent ahead of 2019 investment.

In spite of travel restrictions, overseas buyers comprised 71 percent of annual turnover, as North American and European buyers were particularly active in targeting London office assets for steady returns in an uncertain environment.

Key statistics and highlights of the investment market in Q4: