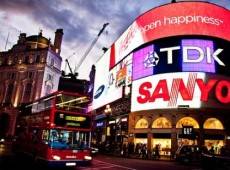 For the second year running, the most expensive office space in the world is to be found in London’s West End, according to the latest edition of Cushman & Wakefield’s annual Office Space Across the World report. Rents rose by 5 percent in the area, driven largely by an ongoing mismatch between demand for high grade space and its supply, as we have previously reported. Worldwide, office rents rose by 3 percent in 2013, with certain high growth regions such as Africa and the Middle East experiencing an increase in rents of as much as 10 percent in specific locations. Hong Kong was the second most expensive location according to the survey while the central business district of Moscow rose to third place, up from sixth in the previous survey.

According to the survey, rental growth has been predominantly flat across Asia Pacific with Beijing, Tokyo and New Delhi fairly stable over the course of the year.  However, New Delhi’s Connaught Place fell from fourth position to eighth due to an appreciation in both the US dollar and euro against the rupee.

“London remains attractive for many international businesses as its global appeal continues to grow.  With prime space at a premium in the West End and a steady demand for offices from across all sectors, significant rental growth can be anticipated in 2014,” said Digby Flower, Cushman & Wakefield’s UK chief executive and head of London markets.

After the deluge: wading through the floods of employment issues Employment is on the rise but pay not matching the rate of inflation