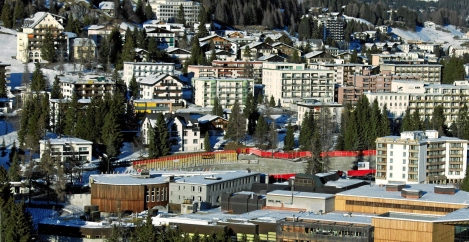 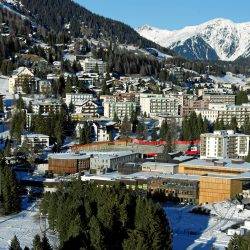 Well over half (fifty seven percent) of business leaders say they believe global economic growth will improve in the next 12 months – almost twice (29 percent) the level of results from the annual survey carried out by PwC . Launched at the World Economic Forum Annual Meeting in Davos, the survey found that optimism in the economy is feeding into CEOs’ confidence about their own companies’ outlook. As 42 percent of CEOs said they are “very confident” in their own organisation’s growth prospects over the next 12 months, up from 38 percent last year. Looking at the results by country though, it’s a mixed bag. In the UK, with Brexit negotiations only recently reaching a significant milestone, business leaders’ drop in short-term confidence is unsurprising (2018: 34 percent vs. 2017: 41 percent). The survey also found that CEOs are determined to find the right talent needed to reap the benefits of the digital disruption, with investments in modern working environments and the establishment of learning and development programmes to help attract and develop digital talent.

“CEOs’ optimism in the global economy is driven by the economic indicators being so strong. With the stock markets booming and GDP predicted to grow in most major markets around the world, it’s no surprise CEOs are so bullish,” comments Bob Moritz, Global Chairman, PwC.

In the US, CEOs’ confidence has recovered. After election nerves last year, the early focus on regulation and tax reform by the new administration has seen confidence in business growth prospects for the year ahead rising significantly – from 39 percent in 2017 to 52 percent in 2018. And North America is the only region where a majority of CEOs are “very confident” about their own 12-month prospects.

CEOs’ outlook improved in several key markets including in Australia (up 4 percent to 46 percent) and China (up 4 percent to 40 percent), where the share of CEOs saying they are “very confident” in their own organisation’s 12-month growth prospects rose.

Healthcare (71 percent), Technology (70 percent), Business Services (67 percent) Communications (60 percent) and Hospitality and Leisure (59 percent) are amongst the sectors with the highest demand for new recruits.

Overall, 22 percent of CEOs are extremely concerned about the availability of key digital skills in the workforce, 27 percent in their industry and 23 percent at the leadership level.

Along with investments in modern working environments and establishing learning and development programmes partnering with other providers are the top strategies to help them attract and develop the digital talent they need.

Impact of technology on employment and skills

While recent research by PwC showed that workers were optimistic about technology improving their job prospects, CEOs admit that helping employees retrain, and increasing transparency on how automation and AI could impact jobs is becoming a more important issue for them.

Two thirds of CEOs believe they have a responsibility to retrain employees whose roles are replaced by technology, chiefly amongst the Engineering & Construction (73 percent), Technology (71 percent) and Communications (77 percent) sectors. 61 percent of CEOs build trust with their workforce by creating transparency, at least to some extent, on how automation and AI impact their employees.

Despite the optimism in the global economy, anxiety is rising on a much broader range of business, social and economic threats. CEOs are ‘extremely concerned’ about geopolitical uncertainty (40 percent), cyber threats (40 percent), terrorism (41 percent), availability of key skills (38 percent) and populism (35 percent). These threats outpace familiar concerns about business growth prospects such as exchange rate volatility (29 percent) and changing consumer behaviour (26 percent).

Underlining the shift, extreme concern about terrorism doubled (2018: 41 percent vs 2017: 20 percent) and terrorism enters the top 10 threats to growth. The threat of over-regulation remains the top concern for CEOs (42 percent extremely concerned), and over a third (36 percent) remain concerned about an increasing tax burden.

Key skills availability is the top concern for CEOs in China (2018: 64 percent extremely concerned vs. 2017: 52 percent). In the US (63 percent) and the UK (39 percent), cyber has become the top threat for CEOs displacing over-regulation. And in Germany, cyber jumped from being the fifth threat in 2017 to third place (28 percent) this year.

A year after the Paris Agreement was signed by over 190 nations, which saw countries commit to voluntary action on climate change and low carbon investment, CEOs’ concern about the threat of climate change and environmental damage to growth prospects has now doubled to 31 percent of CEOs (2017: 15 percent).

High-profile extreme weather events and the US withdrawal from the Paris Agreement have significantly raised the profile of business action on climate risk, regulation and resilience.  In China, over half (54 percent) of business leaders are extremely concerned about climate change and environmental damage as a threat to business growth, equal with their levels of concern about geopolitical uncertainty and protectionism.

“The higher level of concern is being driven by larger societal and geopolitical shifts rather than the dynamics of business leaders’ own markets,” comments Bob Moritz, Global Chairman, PwC. “It’s clear their mid to long-term confidence in revenue growth is tempered by threats the business world is not used to tackling directly itself.”