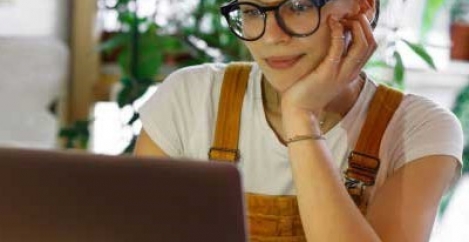 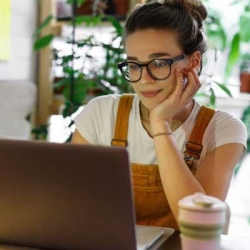 Scotland and Wales are the two UK countries where the most companies offer remote work positions at 2.96 percent and 2.48 percent respectively, according to a new study by the AA.

The pandemic has seen many people work from home for almost a year now to comply with lockdown measures. As such, individuals have had to adapt their homes, and in some cases their home insurance, to fit their new way of living.

Many people say they want to maintain some aspect of this new flexibility to work from home even when lockdown restrictions lift, and may even factor it into their next job search.

In order to review the remote working landscape, the AA conducted a study analysing job postings to understand the proportion of total job opportunities which are remote positions by location, sector and the seniority of a role.

Scotland proves to be the best place to look for remote job opportunities with 3.03 percent of jobs in the Scottish capital, Edinburgh, available remotely, while in Glasgow it’s nearly as high, at 2.88 percent.

The UK’s capital came in fifth with 2.14 percent of all job postings offering remote work after Bristol and Cardiff at 2.20 percent and 2.48 percent respectively.

The five UK cities with the most remote job opportunities:

At the other end of the scale, jobs in Liverpool are most likely to request employees to come into work with only 1.19 percent of vacancies being remote opportunities. The city was followed by Birmingham and Sheffield at 1.31 percent and 1.36 percent respectively, perhaps due to the prevalence of blue collar jobs in the cities.

Marketing is the sector which offers the most remote work opportunities where 4.7 percent of companies offer remote positions. Further industries equipped for office-free jobs include finance (4.3 percent of jobs), business roles (3 percent) and IT roles (also 3 percent). The nature of these industries allow employees to collaborate remotely, utilising readily available tools.

The five sectors that offer the most remote jobs are:

Unsurprisingly, jobs where the rate of remote work was lower were more focused on production tasks, with only 0.8 percent of manufacturing roles being ones available outside the workplace, and 0.9 percent of construction positions. Employees are unable to take their work home in these industries due to the nature of them being site based.

However, it is seniority which has the greatest impact on whether a role will be available remotely or not. Just 1 percent of internships and entry-level positions are offered as remote opportunities, while 6.1 percent of mid-to-senior-level positions can be done without commuting in – over 3 percent higher than the average across all seniorities. This highlights the problem of potential talent being restricted from applying and joining the company.

The status of working from home in the UK

In addition to the roles themselves, the study included a survey of working professionals in the UK to see how people feel about working from home.

Of those surveyed, two thirds said they were currently working from home five days a week, while a fifth (20 percent) do so 3-4 days and only 16 percent work from home 1-2 days.

Seven out of 10 (70 percent) of respondents said they enjoyed working from home, and only 16 percent said that they actively disliked it. When it comes to returning to the office, the majority favoured a split between office and home working, with a third saying they would want to work from home 1-2 days a week.

Despite the changes employees have had to make to adapt their living arrangement in order to accommodate home working, more than a third (35 percent) said they felt very supported by their employers during lockdown. Nearly half said they felt supported by the flexible working hours offered, but 12 percent didn’t feel supported when it came to work equipment being provided.

The biggest benefit of working from home, cited by 29 percent of respondents, was the lack of a commute, while 18 percent liked the lack of costs involved in staying at home, and just under 12 percent said they liked the flexible working hours.

Considerations of working from home

Those working from home have had to adapt their surroundings to make sure they are suitable for both living and working. As such, new items like desks and office chairs and, in some cases, home insurance depending on what people do for a living or whether they run a business from home.

Jack Cousens, insurance spokesman for the AA, said; “While the office environment is unlikely to return as we know it for a while yet, it’s encouraging to see that for most people who have been working from home it has, on the whole, been an enjoyable experience.

“It’s clear that there’s demand for flexibility and the option to continue working from home, but for many reasons, there are some industries that can’t accommodate this such as construction or agriculture. For those that can, however, we’d expect to see the number of remote positions advertised continue to grow as we settle in this new normal way we work.”