Robust economic growth and rapid urbanisation over the last few decades has resulted in the creation of a number of megacities in Asia. Against this backdrop, 33 out of the projected 49 megacities will be located in the region, according to GlobalData, a data and analytics company. The City Economics Database reveals that megacities were home to nearly 8.35 percent of the world’s population and contributed 15.50 percent to total global GDP in 2018. Of the world’s 40 megacities in 2018, 26 were located in Asia. GlobalData forecasts that the number of megacities will increase to 49 and more than two-thirds of these megacities (including 19 in China and six in India) are expected to be located in Asia by 2025. 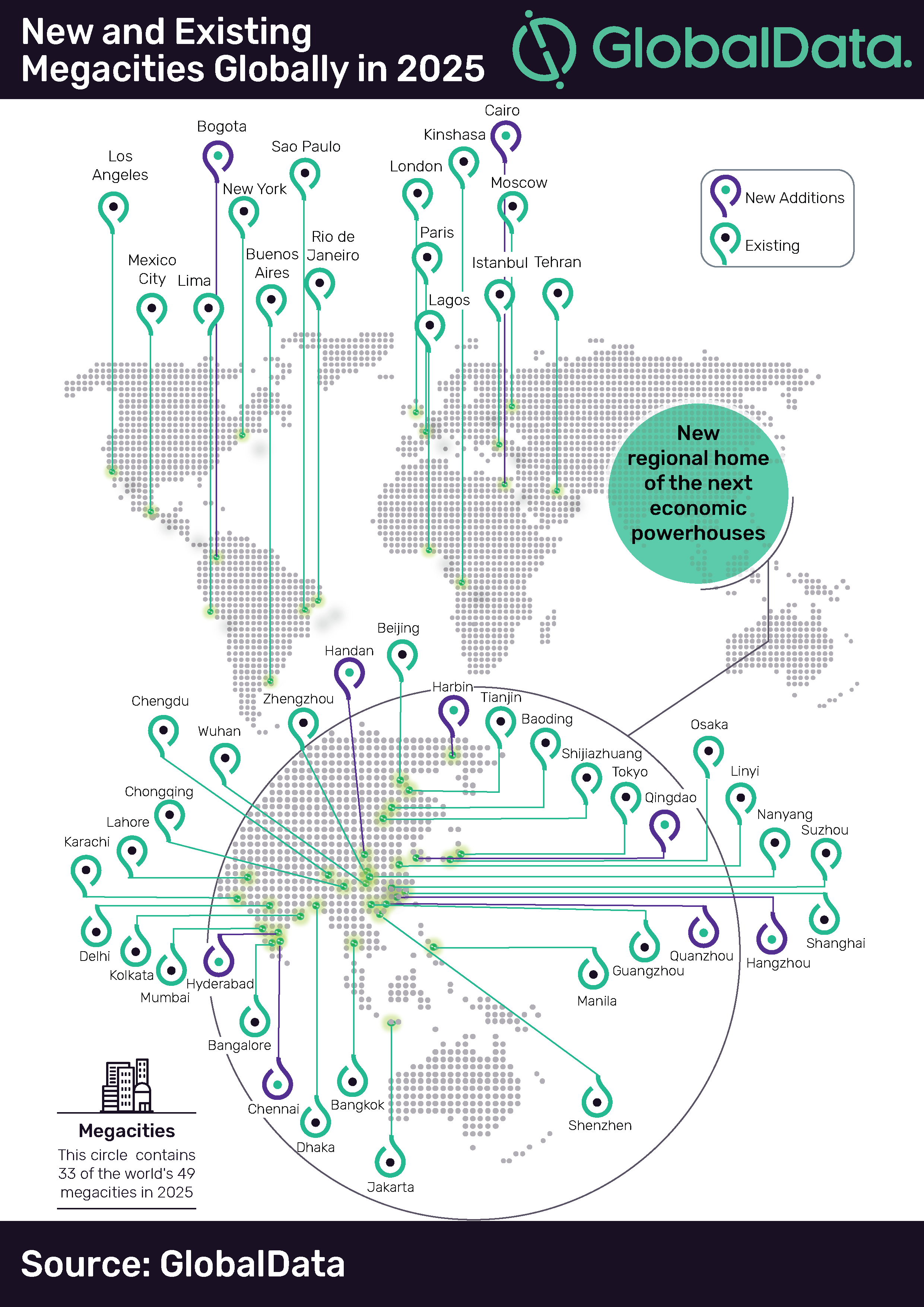 Of the nine cities that are projected to become megacities between 2018 and 2025, five will be from China: Handan, Hangzhou, Harbin, Qingdao and Quanzhou; two from India: Chennai and Hyderabad (pictured); and one each from Egypt (Cairo) and Colombia (Bogota).

Rapid expansion of cities has resulted in creating a number of megacities that are larger and bigger, both in terms of population and GDP, than many individual countries. For instance, Tokyo, which is a US$1.50trillion economy, had a greater GDP than that of Spain’s US$1.42 trillion while GDP of Shanghai (US$495 bn) and Beijing (US$459.6 bn) were greater than that of Argentina (US$475.4 bn) and Norway (US$439.5 bn) in 2018. Furthermore, Asian megacities are expected to contribute 9.4% to the global GDP and 6.6% to the total world population in 2025.