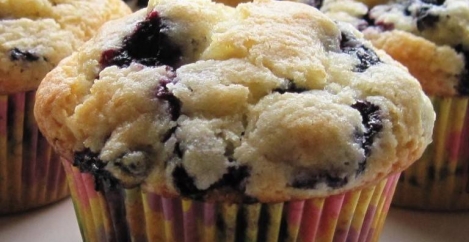 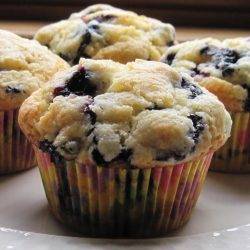 Today is (apparently) a hot new date for all employers’ calendars as we ‘celebrate’ National Employee Appreciation Day. This US import seems to be finding feet in UK workplaces as employers plan to hand out freebies, gifts and perks to their hard-working staff. We all like to receive a thank-you, and likely won’t turn down free cakes, boxes of chocolates, or an early-finish. However, ‘moments’ like these do nothing to improve employment conditions. They are often nothing more than hollow gestures, designed to show the outside world how great an employer is rather than demonstrate true appreciation.

The past year has been peppered with examples of apparently forward-thinking, culturally-aware organisations being revealed to be anything but. From Google’s sexual misconduct and sexism allegations, Arcadia’s leadership problems to Amnesty International’s recent bullying scandal, it seems that damaging cultures pervade in many industries. This is despite PR efforts to put forward a picture of positive working cultures – think of the number of gushing articles admiring Google’s offices. Despite the ‘perks’ Google is famous for, it didn’t stop its staff protesting its toxic culture in a global walk-out late last year!

While not all organisations are blighted by such serious failings, there are still systemic cultural problems plaguing our workforces, leaving employees subjected to inflexible, unfair and unsupportive working environments.

Just this month the Living Wage Foundation reported that over a million public sector workers are being paid below the living wage threshold. Similarly, the charity Working Families’ Modern Families Index 2019 describes how the “UK’s working parents are penalised for working part-time and suffer from poorly-designed jobs that force them to work extra hours.”

Workers continue to feel pressured to come into work when ill, our always-on culture leads us to wake up and go to bed with our work emails, men fear to take paternity leave while the gender pay gap has grown. These issues must be adding to the growing mental health problems in our workforce, where support is often not forthcoming. Is the answer being offered to these issues the equivalent of ‘let them eat cake’?

It seems startlingly obvious that the way to truly appreciate staff isn’t one day of gifts, but to pay them enough to live on, allow them to switch off and enjoy their families, and support not chastise them when they are unwell.

What do employees want? When do they want it?

In research it also seems clear what employees really want from employers. Rather than higher pay, ‘soft’ benefits such as flexible working, along with career development are what’s truly valued. Speaking of value – ‘being valued’ is also cited as key to job satisfaction. It’s doubtful that one day a year of appreciation will do. Just like the proverbial Christmas puppy, appreciation is for life, not just one day. However, it appears that employers still aren’t getting the message.

Of course, that isn’t to say that there isn’t a place for tokens of thanks and appreciation. However, it’s important that they aren’t designed to make up, or cover up shortcomings in the wider culture. Similarly, it’s important to remember that different people value different things so one generic gesture probably won’t work to individuals feel genuinely valued.

Not everyone will enjoy edible treats, or trips to the pub as a ‘thank you’. For these one-off moments of appreciation it is surely more powerful to offer genuine, personal thanks in something as simple as a handwritten card? Similarly, rewards should be personal to the individual – perhaps a cinema voucher for your resident cinephile, or a copy of the latest book from a colleague’s favourite author? Appreciation isn’t always about the money spent, the ‘grand’ gesture. It is taking the time to know your staff well enough to know what would resonate with them.

Similarly, it is offering them the flexibility to perform at work and at home, and the training and support to excel in their chosen path. Rafts of research show that employees are calling out for flexible, open and respectful cultures (not to mention fair pay) over and above so-called ‘perks’. Appreciation days such can be nothing more than ultimately damaging PR exercises and add to the myth that ‘funky’, ‘Instagrammable’ gestures matter more than making real cultural change.