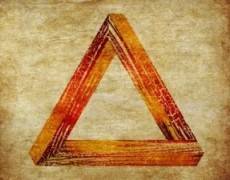 As always, any discussion of stress starts with the headline figures. Work-related stress is evidently the UK’s biggest cause of lost working days. According to the HSE’s most recent data, around 10.4 million days were lost to it in 2012, the most significant cause of absenteeism and a massive 40 per cent of all work-related illnesses. The financial cost to the UK has been estimated at £60 billion, largely due to the psychological and physical harm stress does us. The reasons for this are clear in the minds of many: the demands made on us by employers and ourselves are intolerable. Our private time is eroded, we spend too much time at work in the first place, we’re under excessive pressure to perform when we are there and as a result we’re all knackered, unfulfilled, stressed, depressed and anxious. It’s no wonder we are so keen on stress management

Stress may be the UK’s most prominent workplace ills but when we try to address it we need to be fully aware of the realities of what it is, how it affects us and how we can deal with it. The answers are far more complex than we might assume.

Given our preoccupation with stress and the scale of the problem it’s perhaps surprising that we have so many misconceptions about it, including when we address the challenges of stress management. We tend to see it as the consequence of external factors. Yet the Health and Safety Executive has a more useful way of looking at it, describing stress as ‘the adverse reaction people have to excessive pressure or other types of demand placed on them’.

This definition is useful because it crystallises the complex interaction of demands placed on people by the workplace AND their reaction to it. In his book Faster, the author James Gleick illustrates the importance of the individual’s reaction with his description of two personality types. Type A people are those who jab the call button of lift in the futile hope that this will make it arrive sooner. They have a chronic sense of time urgency, are hard-driven, status-conscious and ambitious. Type A personalities are more likely to suffer from stress and are two or three times more likely to suffer from angina, heart attacks and sudden death than easy-going Type Bs, regardless of other contributory factors.

However, it would be wrong to conclude that people suffering from stress just need to pull themselves together, because there are external factors that make all of us feel more stressed, regardless of our personality types, one of the most important of which is our working environment and workplace culture. Stress management is far more complex and unpredictable than that.

The good news is that many employers are taking autonomous action on stress regardless of legislation. A CIPD survey noted that over three-quarters of employers are already taking steps to deal with the issue.

But we need to be careful that the steps we take aren’t cosmetic and taken full account of what motivates people and helps them feel less stressed. One of the most typical claims that suppliers in this sector make about their products is that they will make people more productive at work. Many go so far as to put numbers on what this means, and usually not just 0.4 percent or whatever but something far more.

This can be palpable nonsense for at least two reasons. The first is that even if true, it assumes that all other things at work are equal. They never are. That is why you will find some people cheerfully working in shabby, cluttered, poorly lit offices while others mope around unhappily in gilded cages with expensive chairs, soaring daylit atria and olive groves. The second is that such claims simply ignore what makes people tick.

That’s an easy statement to make because nobody has ever nailed that one down and I’m certainly not about to be the first. But we do know some things and one of them is that not everything at work serves as a motivator. Some things are ignored until they are gone. The first person to frame this idea in simple terms was Frederick Herzberg with his two factor theory which suggests that there are some things about jobs that help us be satisfied at work, while a completely different set of factors cause us to be dissatisfied.

The fact that money is not straightforwardly a motivator usually still comes as a surprise and because we tend to assume that money simply has to be the major factor when it comes to work. Certainly City boys don’t want anybody to think that if they can’t afford a new Lambo this year, they’re off to work in Singapore.

Leaving aside the effects of specific products on the physical wellbeing and performance of individuals, it’s pretty apparent that most or all workplace products are not the motivators some manufacturers claim when we judge them on the basis of the two factor theory. They are hygiene factors, which people will be unhappy about if they are missing or removed but won’t motivate them when they are provided.  This doesn’t form the basis for a good marketing message for those keen to suggest what they do helps in stress management, but it would at least be honest and turn a misguided one dimensional message into a two dimensional one.

This comment first appeared in the May issue of Mix Interiors magazine.