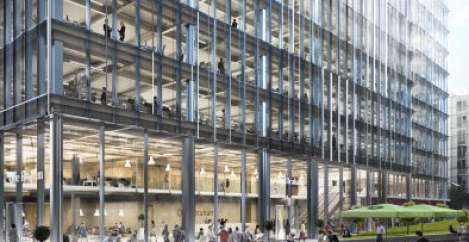 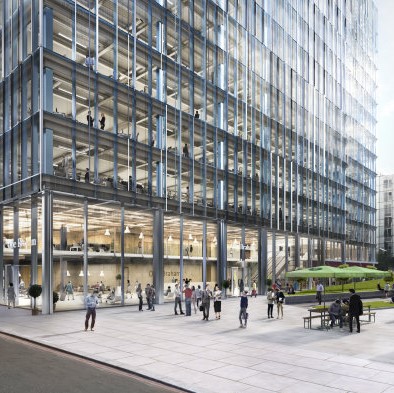 BT has agreed a deal to move into a headquarters in the Aldgate area of London after the £210 million sale of its current base. BT will move to the new 320,000 square foot, 18-storey building near Aldgate East station currently called One Braham. The move comes as part of the group’s sweeping shake-up announced last month that will see 270 offices closed. Its consolidation plan – the biggest of its type in the UK – will see 300 offices reduced to 30 by 2023, although BT stressed that no jobs will be lost as a result of the move.

The FTSE 100 giant said its previous offices were no longer fit-for-purpose and the new base will help to improve the environment for its staff. The telecoms giant announced last week that it will sell its current headquarters in St Paul’s to private equity firm Orion Capital Managers for £209.6 million. Orion now owns the property, but the deal involves an initial 30-months leaseback, during which time BT will complete the move to the new site.

Philip Jansen, chief executive of BT, said: “We’ve been headquartered in BT Centre for nearly 35 years and we’ve been looking for a building in central London that will be the home of BT for the next 35 or more.

“Between now and moving into the building, we’ll be working with architects, designers and – most importantly – our colleagues, to make sure it’s the home the business wants and needs. The relocation of our global headquarters is a symbolic move but really it’s the tip of the iceberg; we are currently embarking on one of the largest workplace transformation programmes the UK has ever seen.”

The company said it is currently taking part in its “better workplace programme” to improve its workplace culture and sees the move as a key part of this. BT said it expects to complete the move by the end of 2021, at which time it will rename the new building.