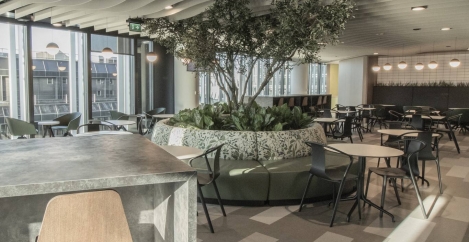 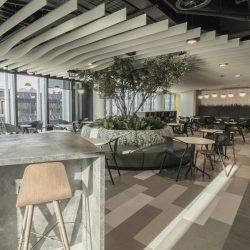 The new UK government led by Boris Johnson has an unprecedented opportunity to dramatically shift policy on the built environment and deliver higher standards of safety, sustainability and social justice, according to the Building Engineering Services Association (BESA). It urged the new administration to back up rhetoric around climate change with robust legislation; to enshrine the recommendations of the Hackitt Review to improve fire safety in buildings; and tackle the scourge of late payment that is undermining thousands of SME and driving many into insolvency.

It said the current lack of detail behind its commitment to a net zero carbon economy by 2050 could be addressed if government worked closely with specialist sectors like the building engineering industry. It also said the issue of overheating in buildings was becoming increasingly urgent and should be addressed alongside plans for reducing carbon.

Adoption of the Hackitt Review recommendations for ensuring a more competent workforce and enforcing compliance with legislation would help achieve the higher standards needed to deliver a higher quality building stock that could also help safeguard the health and well-being of building occupants, according to the Association.

The harm caused by late payment and retentions should also be addressed in order to provide the necessary business confidence for the specialist firms that would be pivotal to any climate change strategy.

“SMEs are under greater financial pressure than ever, which is making it increasingly difficult for them to invest in the technology and processes – and to recruit and train the skilled workforce needed – that will be crucial to the government’s zero carbon vision,” said BESA chief executive David Frise. “The collapse of Britain’s oldest construction firm – the 430-year-old Durtnell & Sons – shows the depth of the problem engulfing the sector with retentions and late payment taking a heavy toll on the firms most needed to deliver many of the low carbon solutions needed to meet the government’s target,” he added.

BESA believes the new Prime Minister should throw his weight behind the Aldous Bill, which is already before Parliament and could protect retention money owed to SMEs. In addition, by ensuring wider adoption of Project Bank Accounts that safeguard the supply chain finance needed to keep projects on track, he could demonstrate his business credentials.

The Association also supports many of the recommendations made by the Committee on Climate Change in its latest report: Progress in preparing for climate change. The CCC called for a detailed policy that could deliver a 20% improvement in energy efficiency in buildings by 2030 and a targeted low carbon heat strategy alongside plans to phase out fossil fuels from buildings not connected to the gas grid. It also urged government departments to publish an integrated plan to reduce overheating risk in existing and new homes.

BESA President John Norfolk urged the government to “show courage and leadership” by seizing the opportunity to build these recommendations into legislation. “This is a once in a generation opportunity,” he said. “Public opinion is solidly behind the principle of climate change action and people are looking to Parliament to show leadership. Most right thinking people want to reduce environmental harm and they want society to benefit from better quality buildings. However, taking individual action – particularly when it may involve extra expenditure – requires an element of compulsion. So this can’t be left to the private sector. This has to be a collective effort and if, you have public opinion behind you then government has the mandate to impose tough legislative measures.”

He said that government policy should also be “business-friendly” because people must be engaged and encouraged and “not just beaten into submission”. The incoming ministerial team at BEIS have good foundations on which to build thanks to the efforts of their predecessors, who worked closely with the industry and were open to developing the necessary policy frameworks, he added.

“The government needs to recognise the crucial role of workable and enforceable building regulations to the overall emissions challenge, which naturally will create demand for competent building engineers. This will, in turn, create economic opportunity for BESA members and the sector as a whole,” said Mr Norfolk. He also agreed with the broadcaster and naturalist Sir David Attenborough, who told the business, energy and industrial strategy committee that failing to act on climate change would lead to “social unrest” and that the world was now at the start of “a big change, which would be driven by young people. We must engage with and support the future generation of building services engineers, who will be driving the practical changes we need to see over the next 30 years.”