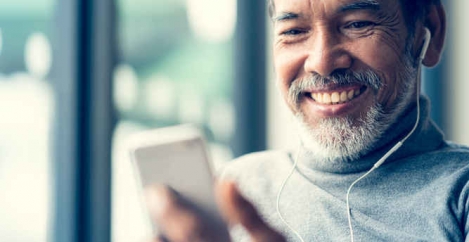 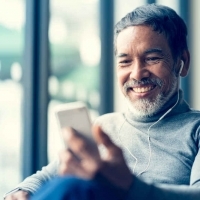 A report into the government’s plan to introduce IR35 reforms to the private sector has concluded that it is so flawed that it should be delayed and reconsidered. The committee concluded the rules are “riddled” with problems and unfairness. The authors conclude that the Government has overlooked the potential impact on the wider labour market, including the so-called gig economy. The Committee also heard that many companies were already nervous about the rules and so making blanket status determinations and laying off contractors.

Under the proposed reforms, responsibility for determining the tax status of a contractor should switch from the contractor themselves to the organisations employing them. According to the government, this will prevent contractors classifying themselves as off-payroll workers to minimise their tax liabilities, when the way they work means they should be taxed in the same way as salaried employees.

The 67-page report concludes that there should now be a fundamental rethink of the entire legislation. “The evidence that we heard over the course of our inquiry suggests that the IR35 rules – the government’s framework to tackle tax avoidance by those in ‘disguised employment’ – have never worked satisfactorily throughout the whole of their 20-year history,” the report states. “We therefore conclude this framework is flawed.”

The report urges the government to seize on its decision to delay the roll-out of the IR35 reforms to the private sector until April 2021 to analyse “holistically” the many problems the inquiry has uncovered with the legislation – and revamp it accordingly.

IPSE (the Association of Independent Professionals and the Self-Employed) has welcomed the report. Andy Chamberlain, Director of Policy at IPSE said: “The report by the House of Lords Committee is a much-needed dose of sense in the IR35 fiasco. It rightly highlights the inherent flaws in the government’s IR35 proposals and warns it off implementing the changes as they stand. We could not agree more: it is clearly time for the government to rethink its entire approach to IR35.

“IPSE gave evidence to the committee warning that the changes to IR35 would be a disaster and that many private sector companies were already scrapping their entire contractor workforces. It is excellent to see the committee heeded our warnings and is pressing them on the government.

“The contractor sector is already under immense strain because of the Coronavirus crisis and the pointed lack of government support for the majority of contractors who work through limited companies. The last thing this embattled sector needs now is the ill-conceived and destabilising changes to IR35. We urge the government to follow the advice of the Committee and the Taylor Review and instead of IR35, conduct a full taxation review to create a fair balance between tax, rights and risk.”

A call for understanding

The government made this decision after considering the issue too narrowly, in terms of its tax take

However the report’s authors concede that changes need to be made. “We understand why, in order to improve compliance and protect the tax base, transferring responsibility for operating the rules to clients was deemed a remedy for the problems which have beset IR35,” says the report.“The government made this decision after considering the issue too narrowly, in terms of its tax take.”

It goes on to say that the IR35 legislation itself is “flawed” as are the reforms built around it because it treats each person’s employment status as two separate things for tax and employment law purposes. It concludes that the distinction is unfair because contractors bear all of the risk for the flexibility involved.

With regard to rolling out the reforms to the private sector, the inquiry says the government has insufficiently analysed the “behavioural consequences” of the move, in terms of how private sector firms are likely to respond to their new-found responsibilities.

The committee also cites the many examples of how private sector firms have cut through the need to determine the tax status of every contractor they use by issuing blanket determinations instead. For contractors this means they are taxed as permanent employees but are not eligible for benefits such as sick leave or paid holidays.