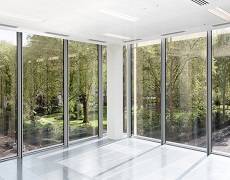 10 Portman Square, an innovatively designed office building based in London’s West End, is nearly fully occupied, following an agreement by Ardagh Glass to lease 10,250 sq ft of office space from British Land. Award-winning architecture and interior design practice Jestico+Whiles led the design of 10 Portman Square, which offers column-free floorplates of 18,500 sq ft, and benefits from natural light on all four sides with views across Portman Square. Ardagh Glass will occupy part of the first floor, to join investment management company Independent Franchise Partners, who agreed terms on the other half of the first floor in July. The building, which provides 113,700 sq ft of Grade A office space over seven floors, is also home to Aspect Capital, Arrowgrass Capital Partners and Aramco Overseas Company. The latest deal brings occupancy across the 2.4 million sq ft West End office portfolio to 96 per cent.

Completed in May 2013, 10 Portman Square was delivered as part of British Land’s 2010 Development Programme, comprising 2.7 million sq ft of space, including circa 820,000 sq ft in the West End.

James Danby, Head of Office Leasing, British Land, said: “It is a testament to the quality of the building, its exceptional design and location, just a stone’s throw from Mayfair, that 10 Portman Square is nearly fully let, just a year after launch. We are very pleased that the remaining space is now also under offer, with occupiers drawn from a wide range of sectors.”