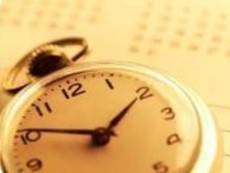 So, does workplace design have any impact on productivity and business performance? Well duh. So why are we still trying to convince managers when there is so much evidence and experience to prove it. The latest study to demonstrate the link builds on decades of research and adds further compelling evidence in a debate that should have been over a long time ago. In this report, workplace strategist Nigel Oseland and the  Atomic Weapons Establishment’s estate masterplanner Adrian Burton describe their research quantifying the effect on worker performance of improvements to the office environment. The question these reports always beg is why the argument still has to be made.

Given the sheer volume of proof that now exists both in academic research and the less lofty but perhaps more convincing realms of personal experience, at some level everybody knows that there is a link between our surroundings and our wellbeing and happiness, otherwise not only would we all still be contentedly living in caves and the only thing making employers provide decent workplaces for employees would be the big stick of legislation.

So what we find in practice is that most people work in decent if not exceptional workplaces and are provided by their employers with a fair degree of comfort, natural light, fresh air and control over how they work along with all those other enlightened features of the contemporary office we take for granted.

However, if this is true why is there still a constant need to convince ourselves and senior managers? Why is the feature on office design and productivity a staple element in both the media and on forums such as those hosted on LinkedIn. If we assume that the main argument has already been proved beyond reasonable doubt, the only answer can be that there is another, more interesting point lurking behind it all, namely some sort of perception that facilities design and management is not necessarily something that should occupy too much management time.

This flies in the face of all the evidence. Our quest to determine the nature of the link between the office and performance dates back to the 1920s with the famous Hawthorne experiments. More research by Frederick Hertzberg in 1966, appeared to show that the workplace was a hygiene factor, meaning that a poor workplace was a demotivator but a good workplace was not necessarily an important motivator (something worthy of another feature). Since that time however, a great deal of research has been carried out which paints a rather more sophisticated picture of the complex relationship we have with our surroundings. These range from the academic, such as the work of Adrian Leaman and Bill Bordass at the end of the 1990s, through to the general such as Management Today’s now defunct Workplace Satisfaction Survey.

This latest survey follows in a long tradition, and it would be good to know that it will move us closer to a debate about office design that assume we all understood how it affects individual productivity and company performance.

UK employee engagement and productivity lags behind most of world Hello, hello, hello. Latest issue of the newsletter is available to view online