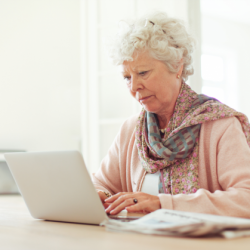 New data from Rest Less claims that there are 3.4 million over 50s working part time today, an increase of 912,000 in a decade. The UK’s part time workforce age is rising, as is being driven by the over 50s more than any other age group, according to new analysis from Rest Less, a jobs, volunteering and advice site for the over 50s.

In bespoke data provided to Rest Less by the Office for National Statistics, Rest Less’s analysis claims that of the 8.6 million part time workers in the UK today, 3.4 million of them are over 50, an increase of 912,000, or 37 percent in a decade. By way of comparison, today there are only 2.0 million under 30s working part-time and 3.2 million 30 to 49 year olds.

With ever increasing life expectancy, we are having to fund longer retirements and many are choosing to top up their pension pots whilst they still can.

Stuart Lewis, Founder of Rest Less, commented: “Whilst part time work has historically been associated with students and those seeking flexible working to start families, today it has become an increasingly popular choice for older workers who are shunning the idea of a ‘cold turkey’ retirement in favour of a gradual shift via a part time working week instead.

‘Our analysis has shown that the UK’s part time workforce age is rising and growing in popularity amongst those in their 50s, 60s and 70s. This is due to a number of factors. With ever increasing life expectancy, we are having to fund longer retirements and many are choosing to top up their pension pots whilst they still can. Additionally, rises to the state pension age and the rapid equalisation of the women’s state pension age have meant that many more are having to continue working for longer. Importantly however, there is also a growing understanding of the many health and social benefits that come with working into retirement such as staying active, socially connected and maintaining a sense of fulfilment.

‘With generational lows in the unemployment rate, the over 50s offer an exciting, talented and up to now largely untapped opportunity to many employers who are struggling to plug a skills and jobs gap.”