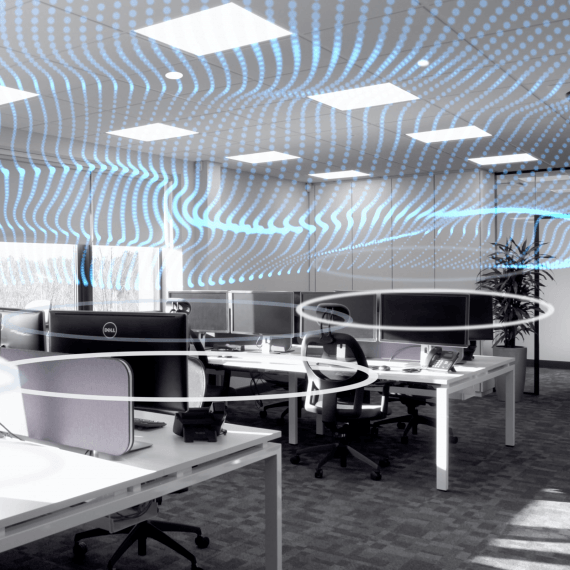 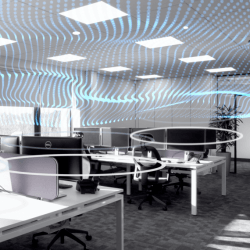 Over half (52 percent) of workers are interrupted by noise distractions more than five times in a working day, with 17 percent stating that they are interrupted by noise more than 10 times. This is according to the Noise and Wellbeing at Work 2019 survey conducted by The Remark Group, and supported by environmental psychologist and workplace strategist Dr Nigel Oseland, an honorary senior lecturer at UCL’s Institute for Environmental Design and Engineering.  In the survey of 1,000 UK-based office workers, 65 percent reported that noise in the workplace impacted on their ability to complete work in an accurate and timely manner.

Nearly half (44 percent) said that noise had a negative impact on their overall wellbeing, with over 40 percent reporting that noise at work caused them to feel stressed. Sixty-four per cent of workers surveyed reported that they often suffer from a lack of privacy at work, with over half (51 percent) stating that they have overheard confidential or sensitive information being discussed in the office and nearly 70 percent have overheard a colleague being upset or distressed.

More than half of employee’s said they were reluctant to speak about a confidential, business-sensitive or personal issue at work, for fear of being overheard, with 41 percent feeling anxious about being overheard and 45 percent reporting they feel anxious about hearing something they shouldn’t.

Launching the survey Dr Oseland noted that: “Noise in the office consistently comes up in the top three factors that affect people’s wellbeing – along with temperature and air quality. This study also verifies the findings of some of the other studies we’ve seen, and has a strong correlation with post occupancy valuations.”

“As more companies are adopting open plan design and agile working, the core challenge to the workplace community, designers and suppliers is to resolve office noise distraction and enhance focussed work, whilst maintaining collaborative and creative environments.”

It is therefore no surprise that half of the workforce (46 percent) admit to having worn headphones in the office to block out or reduce noise distractions.

Dr Oseland pointed out that the reason it is difficult to manage sound is because it is psychophysical, i.e. not just about the physical environment but “how we interpret it and what goes on in our heads.”

He says: “So as a consequence, we’ve got individual differences with people wanting different noise levels.  For instance, extroverts are more tolerant or even seek out noisier environments, whereas introverts who tend to do more concentrated work need calmer, subdued environments. Sound masking can help with that by allowing us to adapt to a certain level of noise by reducing the spikes from phones ringing or people calling out to colleagues.”

Said Penelope Harrall of the Remark Group: “Roughly half of the UK work in open plan office environments, a system which was initially designed to encourage communication and collaboration between employees. Yet, with this design comes an increase in annoying and distracting workplace sounds, such as telephone ringtones, sudden bursts of laughter and phone conversations. These are proven to be distracting and have profound effects on employee stress levels and wellbeing, not to mention the impact they have on loss in productivity.”