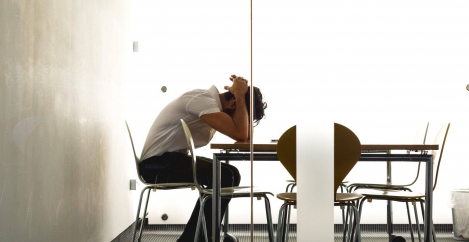 Well over half of workers do not think enough support is given to employees suffering from mental ill health in the workplace, as according to research released today by Personal Group a startling 39 percent of respondents said their workplace does not offer any mental health support for employees. And of all employees surveyed 66 percent felt their employer does not offer enough support for employee mental health. This corporate apathy felt by employees arrives at a time when awareness of mental health issues in the UK is on the rise. 80 percent of respondents said they had noticed an overall increase in awareness of mental health generally in the UK, however a staggering 62 percent said they noticed no change in the levels of awareness in the workplace.

There is also a growing appetite for education around mental health. Although 64 percent of employees believe they could provide support for someone struggling with a mental illness, more than half (58 percent) of employees would still like to be given mental health awareness training by their employer to develop their understanding and skills. Over half (60 percent) of respondents said they thought they would be able to notice the signs of someone suffering from a mental health problem; however, 36 percent said they were unsure.

Rebekah Tapping, Group HR Director at Personal Group said: “It is surprising, not to mention a real shame, that such a large number of employees still feel there isn’t enough mental health support available in the workplace, especially surprising as the topic has significantly increased in awareness in recent years.

“It is more important than ever that business leaders and decision makers break the culture of stigma and silence around mental health and start making it a management priority and ensuring that a range of support is available for those who need it.”

Interestingly, the survey, which investigated issues ranging from the level of awareness of mental health wellbeing within the workplace and the current state of mental health support provided by employers for staff was answered by more women than men. This may anecdotally highlight that women are much more comfortable talking about mental health issues than their male counterparts. However, more men than women wanted access to an employee helpline (28 percent vs 23 percent).