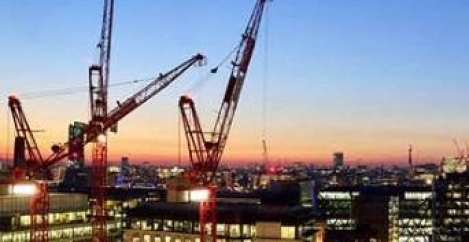 Office construction at highest level in London for eight years 0 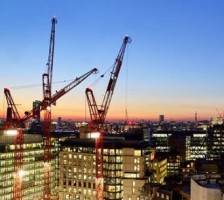 Office construction in the Capital is at its highest level for eight years, according to Deloitte’s latest London Office Crane report, which measures the volume of office development taking place across central London. Recognising that the low supply of available office space across central London offers a limited choice for tenants, developers have responded by starting a record number of new schemes since the last survey. The latest results show that the volume of office construction has increased by 28 percent over the past six months to 14.2 million sq ft the highest level since the beginning of 2008. In just 18 months activity nearly doubled from 7.7 million sq ft in 2014. The financial sector has leased the largest share of office space under construction in the latest results, accounting for 2.3 million sq ft, or 39% of the let space while currently accounting for 38 percent of the space let, the TMT sector is a leading occupier group.

51 new buildings have started over the past six months, the highest number of new starts in the survey’s history and comfortably surpassing the average of 19. Collectively, these new starts will provide an additional 4.8 million sq ft of space, an increase of 58 percent on the volume of new starts recorded six months ago.

The survey shows that the pace of development is rapid, with 38 percent of the space currently under construction scheduled to complete over the next twelve months. This is partly the result of an increase in refurbishment projects, which account for just under half of the volume of new starts, and are typically quicker to complete than new-build. Interestingly, it’s also the first survey in a long time where the pendulum is swinging away from landlords back towards tenants, with greater choice leading to more opportunity.

The most buoyant submarket is Midtown, which has seen the greatest percentage jump in development, with activity up by 58 percent. This is largely attributed to the 843,000 sq ft Goldman Sachs scheme at 70 Farringdon Street.

Nine new Midtown schemes add just over 1.2 million sq ft to the pipeline, and represent both the highest volume and highest number of new starts ever recorded for the Midtown market in one survey. This area has been the focus of new development over the past year with concentration on both its western and eastern edges, close to the new Crossrail stations of Tottenham Court Road and Farringdon. Much of this around station development (ASD) is directly related to the opportunity that this major infrastructure project has created, the installation of a first class transport link has created attractive and viable office districts.

26 new schemes have started in the City, with a combined total of 2.9 million sq ft. This is the largest amount of new construction activity recorded in this submarket, even higher than in 2011 the year in which three tower schemes commenced, including the former Pinnacle site.

Elsewhere across central London, both the Southbank and King’s Cross submarkets recorded two new starts, each, adding a total of 264,000 sq ft. The West End has seen 12 new starts, but the combined volume of new space in these schemes amounts to just 426,500 sq ft, highlighting the smaller size of developments generally undertaken in that submarket.

The Deloitte Real Estate London Office Crane Survey is the definitive survey of commercial construction in central London. This edition covers the six months to 31st March 2016. The survey measures the volume and impact of office development (new build or significant office refurbishment of 10,000 sq ft) across central London over the next five years.