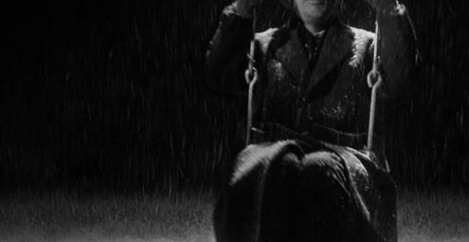 Office design goes to the movies 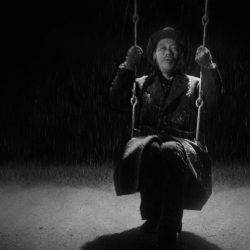 Following our recent attempts to create a rudimentary playlist of songs that tell us something, or perhaps nothing, about office design, office life and office furniture, here’s another look at how the parochial world of the workplace can brush up against popular culture. It does this unnoticed for most people, I suppose, but not for those of us bound up in this world. We’re not the sort of people who can ignore the regular, brief glimpse of an Aeron chair’s ubiquitous mesh without a synapse of recognition sparking up. So, here is a brief rundown of nine movies that use office design to make a plot point or set up a character development.

Zoolander may not be a great film but it has its moments and does come alive every time the Mugatu character arrives to eat up the scenery. Of course, as an unreconstructed deskhead, I am always tempted to  look over the shoulders of the characters in a film to see what they are sitting on. Mugatu sits on an Arne Jacobsen Egg chair. It’s over 50 years old but screams DESIGNER, hence its place under his backside. It provides an easy shorthand and so is widely recognised, but its ubiquity including as a way for places like McDonald’s to flag up a new approach to their interiors with a mixture of fakes and originals means it can feel overused.

Factory Records’ Rob Gretton disagrees somewhat with Tony Wilson’s purchase of an expensive table for the firm’s new offices in Michael Winterbottom’s wonderful take on the Madchester scene of the 1980s. But what really triggers him is the word ‘London’. Particular disdain is reserved for the fact the table is made of MDF. Deskheads will recognise the unmistakable application of a CNC machine in its manufacture and the inevitable iconic seating. Nobody else will know or care. And the morals are these – involve everybody in purchasing decisions and don’t fall into the trap of believing what they do in London is cool, especially in Manchester. Warning: clip contains strong language.

In which John Cusack plays an unemployed puppeteer who takes a mundane office clerk’s job in the low-ceilinged offices on Floor 7½ of the Mertin Flemmer Building in New York. When he asks his boss why the ceilings are so low, he is told ‘low overhead my boy’.  Bad pun, great commentary on how it’s always possible to fit a little bit more into the building, especially if you ignore the bothersome problem of the people who work inside and their physical constraints.

Akira Kurosawa’s film typifies the way that office life is usually portrayed in movies. The crushing bureaucracy that the protagonist Kanji Watanabe is part of – and ultimately rebels against – is symbolised by the towering piles of paper that surround him and his colleagues. Even when he’s walking around, he seems to be carrying them with him, stooped and distant. Many offices may have freed themselves of the sheer bulk of paper these days, but we can still find ourselves weighed down by hierarchy, rules, customs and information. Ultimately we also have freedom to decide for ourselves what is truly important.

We obviously like films like this. High concept noir sci-fi, based on a book by Philip K Dick of course; dystopian, chock full of ideas and technology that seemed cool and subversive in 2002 and is mundane in 2013. I mean, the screens are still cool but who wouldn’t rather have a file stored in the Cloud or on a USB stick than inside a perspex panel the size of a brick? Deskheads may recognise the furniture as the totally of-a-piece Resolve from Herman Miller designed by Ayse Birsel. They can use this fact to bore whoever they are watching with who would presumably rather be watching Tom Cruise doing his Blue Steel face in the foreground. Or is it Magnum?

In which Jack Lemmon exchanges the crushing uniformity of the open plan for a corner office as a reward for allowing senior managers to use his apartment as a venue for their infidelity. This is from 1960, the pre-cubicle, pre-VDU world of large ranks of serried workers in an open plan office with only the privileged few allowed any degree of privacy or the wherewithal to display status. many ways, the layout has much in common with the way many offices are designed now. Office design may have moved on in the past half century but some things are always with us.

A prescient film when it comes to modern office life, the workplace depicted in Terry Gilliam’s Brazil is that particularly 1980s modish mish-mash of futuristic technology and grubby antique with more than a nod to the offices of the past, present and future. Nevertheless he was able to anticipate both the current obsession with shared desks, the battle for resources and space and the fact that people will sometimes use technology to do anything other than work so long as the boss doesn’t notice. Even the exposed pipes that were once so daring can now seem a routine or even hackneyed element in an office design.

Ridley Scott was one of the pioneers of a film aesthetic that mashes the past with the future, the grime and the gleam. It was a pioneering idea at the time but it’s familiar now. We now accept that the future looks a lot like the past and that goes for the office design in this scene. Blade Runner is a film in large part about dreams and eyes. The dreamy setting here is a telling  contrast to the dirt and sleaze in the City below and the scene in the office in which Deckard (Harrison Ford) interviews the classic femme fatale Rachel (Sean Young) also supports the unresolved notion that Deckard may be a replicant himself. Clearly the workplace smoking ban had been repealed by this time, but then where would a femme fatale be without a cigarette? Even if she is an android.