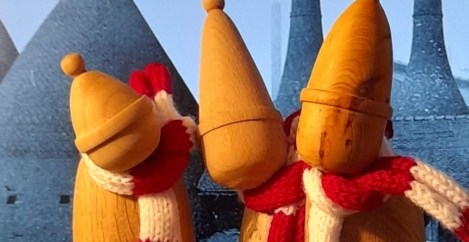 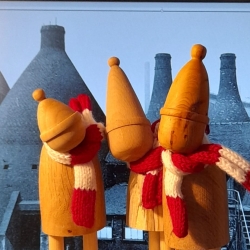 One in five (19 percent) adults in the UK have started a ‘side hustle’ since March 2020 and, almost one in six  (16 percent) claim to earn upwards of £1,000 a month from their new venture, according to new research from Aviva. Just under two thirds (63 percent) of those who started a side hustle since March 2020, the equivalent of 6.49 million people, are still active in them today. 37 percent have returned to their day jobs being their main source of income now that lockdowns are over and normality has ensued.

The most popular ‘side hustle’ people chose to pursue was to ‘sell handcrafted products’ (23 percent), followed by freelancing (12 percent). One in nine (11 percent) turned to art, 9 percent to photography, while a similar number (10 percent) tried their hand at being a social media influencer. This was most popular with those aged 16-24 (13 percent) – no one in the 55+ age bracket pursued this as a supplementary activity. Other, slightly less popular, income boosters included becoming a courier (6 percent), teaching (6 percent), driving a taxi (4 percent) and offering nutritional advice(4 percent).

When asked what their original motivation was to start a side hustle in addition to their normal, full time job during the pandemic, most say it was financially motivated. Two in five (39 percent) people said they did it because they saw an opportunity to turn a hobby into an income; others to ‘make ends meet’ (30 percent); become financially independent (21 percent) or to pay off debts (18 percent).  Over a quarter (27 percent) started their new vocation to empower themselves/ gain confidence and improve their mental health, while 16 percent just wanted to practise the skills they had attained (i.e. photography, counselling etc).

There is no doubt that there is extra money to be made when individuals exploit their talents and skills to produce products or provide services that other people want. And, there’s no shortage of people in the UK looking to buy those products or services. On average, side hustlers make around £497 a month from their secondary income, with more than one in four (28 percent) earning more than £500 a month.

Almost two in five (38 percent) people used the money they earnt from their side hustle for day-to-day living expenses (rent, food, clothes). One in four (25 percent) said it was used to save for tomorrow or the longer term (i.e. pensions) – this figure was consistent across all age groups and genders. Interestingly, three times the number of men (23 percent) to women (only 7 percent) said they used the extra income they earned to ‘invest in stocks, shares and cryptocurrencies’.