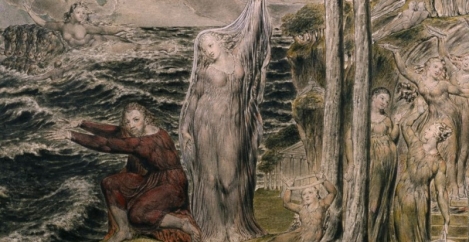 Other things being equal, this year will see the end of open plan and start of a four day week 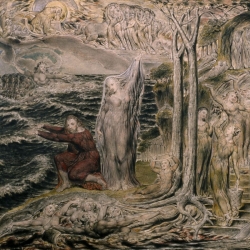 You’ll only get one prediction from me this year and that’s about how all of the other workplace predictions will be cut and paste jobs from the past three decades and more. If you want to take a cynical approach to the whole thing, you’ll find one from your humble servant here. Apart from that, if you only read one set of actual predictions for 2020 or even the Twenties (that’ll take some getting used to), then make it this from an author also jaded and burdened by too many glib pronouncements about work and workplaces in general and the annual parade of predictable predictions in particular.

Another author worth following if you don’t already is Antony Slumbers who takes a longer term view for the whole decade in this piece focusing on the implications of technology for the commercial property sector. His main argument remains consistently that what now looks like magic will soon just be normal. This piece on smartphone adoption in the past decade illustrates Antony’s point.

The rule of thumb is always that in complex systems – pretty much anything that involves people – there are no easy answers. As Neil Morrison highlights in his piece linked above, this is perhaps especially true for personality tests, described in this New York Times piece as the astrology of the office but which concludes they’re sort of useful if you accept them on a limited basis. You definitely shouldn’t use them as the sole basis for decisions you might come to regret, such as a choice of paint.

The big workplace story in the first week of the year, apart from the underlying onus on us all to do far more about the planet, has been Finland’s decision to introduce a mandatory four day week for the nation’s workers. The news has been greeted with excitement across major news outlets and on social media.

The problem is that it’s not true, according to a smaller but better informed Finnish news outlet. The mainstream media have been hastily editing their stories and issuing corrections so it will be interesting to see how this one goes, because it’s still true on Twitter. Why use information, original sources and nuance when you can rely on the glib narrative of a mass of complete strangers, especially when there’s money to be made? Glittering prizes and endless compromises shatter the illusion of integrity.

Talking of uninformed and over-simplified narratives, we can confidently predict that 2020 will see an ongoing obsession with ‘open plan’, the quotation marks indicating that we’re talking about open plan in the sense of the worst thing that could ever possibly happen to anybody.

We’ve published our own informed refutations of this narrative and its reliance on a one-sided look at the evidence and a couple of feeble studies in particular. Indeed, the best read story on Workplace Insight last year was Tim Oldman’s evisceration of it all.

Now another informed take comes from Kate Lister in this piece, which adopts the same exasperated tone in highlighting yet again that we are dealing with complex issues.

Few offices are being built as all-open these days. Large or small open areas may be part of the mix, but the majority of projects now recognize people need space for privacy, rest and rejuvenation, large and small meetings, individual and team meetings, and somewhere to sit with a cup of good coffee.

In my first year of college, my curmudgeonly economics professor continually used the phrase “all else being equal.” I bravely raised my hand one day and asked why we bothered studying such concepts because, in the real world, we don’t get to hold everything else equal. The ‘C’ I got in Econ101 that semester notwithstanding, the reality is that the world is messy and so is trying to create great workspace. What is it they say about assumptions?

Perhaps the most important contextual factor to bear in mind when it comes to assessing the impact of a workplace is the culture within which it functions. People can be happy in bland or even poor surroundings if the working culture suits them, and the reverse is also true. Culture is intrinsically nebulous and often not what senior managers think it is, a subject addressed in this piece in the Harvard Business Review which looks at how we might develop analytics to help us assess cultural workplace factors.

Finally, to return to the issue of the environment, we need to open up to the idea that the solutions to the climate crisis might also be complex and nuanced. We might assume that the digitisation of life might be better than the use of physical space and objects, but we should always check. As an example, it’s reasonable to assume that using Spotify is better than buying CDs, but it may not be true.

So other things being equal, most problems have a straightforward solution. But other things are never equal.

Image: From The Sea of Time and Space by William Blake, currently on loan at the Tate’s exhibition of Blake’s work till February 2020 before returning to Arlington Court.