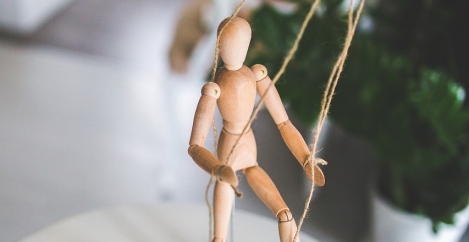 People become dysfunctional in the face of restrictive management controls 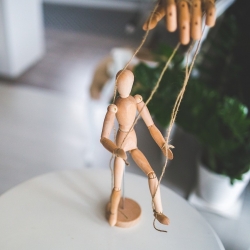 Employees who perceive management controls to be restrictive and punitive will develop dysfunctional and negative responses to the organisation where they work, according to a new study involving the University of East Anglia (UEA). These responses might be observed through what the researchers call ‘workplace deviance’ – for example absenteeism, reducing effort, daydreaming, taking longer breaks – and turning a blind eye, also referred to as ‘deliberate ignorance’ by the research team from the UK and Spain.

Management control systems are procedures and processes used by managers to set goals, monitor and evaluate progress, provide feedback and encourage employees to conform to organisational expectations.  The research explored the perception of managerial control rather than the actual controls used by organisations, and focused on two main forms which are commonly used – performance management systems and compensation systems, such as bonuses.

Published in the journal Accounting Forum, the findings suggest that management controls perceived to be threatening are effective in motivating employees when this perception is mild.

As it increases though, it leads to abnormal behaviours, with the perception of threatening control also commonly associated with deliberate ignorance, for example by refusing information that is offered or inaction, such as not searching for further information. The researchers warn that both workplace deviance and deliberate ignorance have costs and pose an economic threat to organisations.

“Our study aims to understand how threatening perceptions of those controls affect the behaviour of employees in the workplace,” said one of the lead researchers, Dr Ernesto Lopez-Valeiras from the Universidad de Vigo in Spain.

“We find that the effect of management controls on deliberate ignorance is concentrated in employees with a high need for professional autonomy, usually highly skilled workers,” said Dr Malagueno. “On the other hand, the perception of management control as a threat has an impact on workplace deviance in non-skilled workers. This means non-skilled workers will be motivated by managerial controls that are punitive when the punishment is perceived as mild, however when those become excessive and employees perceive managerial controls to be overwhelmingly rigorous, workplace deviance is expected.”

The study used survey data from 100 hospital employees, including administrative staff, nurses, pharmacists, and physicians, collected through questionnaires sent to staff at three hospitals – two public, and one private – in Santa Catarina, Brazil.

Co-author Dr Jacabo Gomez-Conde from the Universidad Autonoma de Madrid said: “Although our research is conducted in the healthcare sector, we believe the findings of this study could be translated to other settings. Mainly those settings where management controls are used to guide the achievement of organisational objectives and there is a mix of skilled and non-skilled workers.”

The authors say from a practical perspective, the study has implications for managers of organisations who traditionally consider coercive forms of controls as mechanisms to improve coordination and organisational ef?ciency.   Their findings suggest that employees’ perception of managerial controls as a threat prevents observable forms of misconduct at the cost of promoting unobservable forms of misconduct among certain employees.

Additionally, the results have the potential to help managers understand that staff who commonly require a high level of professional autonomy, may use unobservable forms of misconduct, such as turning a blind eye, as a way to regain a feeling of control and to reduce conflict when faced with threatening managerial practices.  Therefore, managers should be aware of the costs and consequences of employees’ perceptions of controls, and the design of controls should be customised for different types of employees.