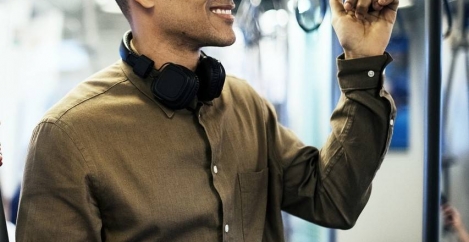 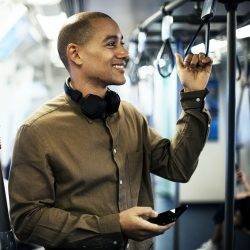 A large number of people walk around with their smartphones in their hands even when they are not using them, according to a new study. In the study, The Phone Walkers: A study of human dependence on inactive mobile devices, researchers  Laura Schaposnik and James Unwin at the University of Illinois at Chicago studied over 3,000 adult pedestrians at six city center locations in Paris. Just over half the pedestrians were female, with an average age of about 35. Of the total adults observed, 674 were phone walkers – just over a fifth of people. The researchers noted that there were significant differences between the sexes. In total, around 20 percent of men were phone walkers, compared with 33 percent women. However, phone walking was less common in mixed couples: just 18 percent.

The researchers suggest that the most likely explanation for this behaviour is that people feel the need to make it clear to themselves and others that they are available and ready to receive communication at any time. We like to have immediate access to the phone because it helps us to feel connected to our social circles. This would also explain why couples do not exhibit the behaviour to the same extent.

The second suggestion in the study is that our psychological dependence on connectedness is now so ingrained that to do without it would leave us anxious. “It is quite conceivable that the simple manipulation of the object could lead to a corresponding decrease in tension or anxiety compared to when the phone is stored in a bag or pocket,” the researchers suggest.

The behaviour might also have something to do with personal safety in a public space. “It seems quite plausible that individuals may hold their phones both for personal reassurance against perceived threats, and as a visible warning sign to potential assailants,” the researchers write.

The final suggestion is that we are signifying status with our choice of technology.