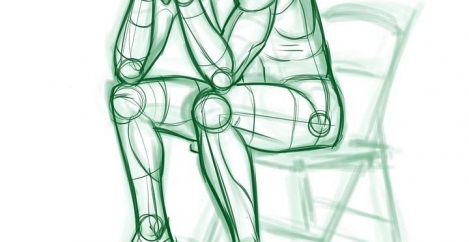 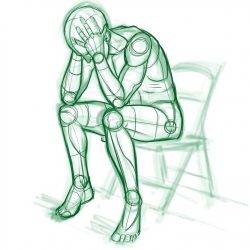 A study by The MS Society claims that people living with multiple sclerosis (MS) are facing ‘disturbing’ levels of disability discrimination at work, as it releases new survey results. In the survey of 1,018 people living with MS, almost a quarter (24 percent) of respondents say their employer has treated them badly as a result of their condition, and a fifth (20 percent) say their work colleagues have done so. Of the people who say they have faced mistreatment from their employer, an overwhelming majority (91 percent) say their employers knew they had the condition. And 85 percent who faced mistreatment from their work colleagues say their colleagues were aware. The survey reveals distressing examples of mistreatment people have faced at work. This includes facing offensive and humiliating comments, feeling bullied, and being accused of looking too well to have an illness or disability. People also say they have lost out on promotions, been forced out of work unfairly, and have had requests for reasonable adjustments denied (adjustments to working practices or practical support to help people to continue to do their role effectively).

MS affects more than 100,000 people in the UK and symptoms typically appear when people are in their 20s and 30s – an age at which they are likely to be in work. MS attacks the nervous system, it’s often painful and exhausting and can cause problems with how we walk, move, see, think and feel. It’s unpredictable and different for everyone.

Andy Davies, who is 51 and from Liverpool, had been working as a business development manager for a small business for five years when he found out he had MS. The episode which led to his diagnosis left him with severe mobility and cognitive problems, and he was signed off work for several months. He says at the time, his employer was fantastic and reassured him that his job was secure.

When he was ready to return to work, Andy says the atmosphere had completely changed:  “They tried to offer me a new contract with completely unfavourable conditions – fewer hours, less money, no sick pay and on a three month-rolling basis. There was no way I could accept it. I was then asked to attend an occupational health assessment. But I found the assessor had no understanding of MS and hadn’t even seen my medical notes. Within weeks of the assessment, I was fired on the grounds of ill-health.

“I was devastated. I felt like this was a decision that had been made even before the assessment; they thought I couldn’t do my job properly because of my diagnosis. I knew this was wrong, so I took legal action. It was a hard battle, but after three years I won my case for unfair dismissal and disability discrimination. Since then, I’ve successfully launched my own digital marketing consultancy.”

Michelle Mitchell, Chief Executive of the MS Society, said: “Our survey clearly shows the need for a shift in attitudes to better support people with long-term conditions and disabilities to stay in work. It’s disturbing to hear of so many accounts of people being bullied and mistreated at work because of their condition, especially as people with MS are protected against discrimination under equality law.

“We know that some people with MS absolutely won’t be able to work, but for those who can, simple adjustments and supportive employers can make a huge difference. We want to see more positive workplace cultures that value the important contributions people with MS can make.”

The Society is releasing these survey results ahead of a report on employment support for people with the condition by a cross-party group of MPs and Peers, which will be published next month. The All Party Parliamentary Group for MS will issue its recommendations on 14 November following a year-long review looking into whether people have the support they need to stay in, or get back into, work.

The MS Society’s website has advice for people with MS in work, as well as resources for employers to help them understand how best to support employees: www.mssociety.org.uk/workandMS. People with MS who are struggling at work can also call the charity’s free and confidential helpline for advice – 0808 800 8000.

Where are zero hours contracts and the gig economy taking us? Small businesses failing to reap full benefits of digital skills