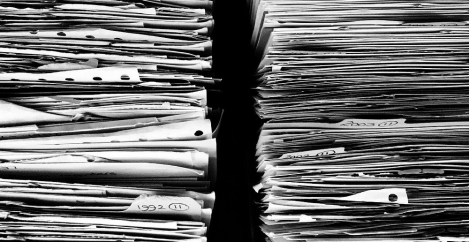 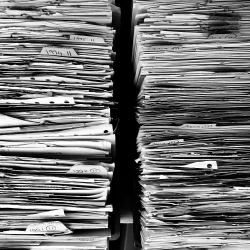 The Pensions Regulator might now have the power under current UK pensions legislation, to enter the private homes of employees when it is investigating their employer, if those employees are working from home. The current law has been in force since 2005 and it allows the Regulator to enter some premises at any reasonable time. This power is restricted to use only in relation to some limited statutory investigations. However, though currently limited, these regulatory powers will soon be widened and extended by the Pensions Schemes Act 2021 which is due to come into force in Autumn 2021.

In light of the prevalence of home working in 2020 and with more and more employers considering permanent shifts to flexible working, we have assessed what the Regulator’s powers to enter the homes of employees might mean for employers now and in the future.

If the Regulator has reasonable grounds to believe that there are electronic or physical documents which are relevant to an investigation into automatic enrolment non-compliance, it can enter that premises at any reasonable time to inspect. This is a power that the Regulator has had since 2005. Automatic enrolment compliance requires every employer with UK based employees to provide a pension to all employees if they are eligible and do not opt out. There are other, more specialised grounds that can justify a Regulator premises inspection, but for most employers, automatic enrolment compliance is the most likely ground for Regulator inspection under the current law.

While homes are subject to an exemption from this power to inspect premises, the exemption only applies where the dwelling is not being used with the permission of the occupier for trade or business. For employees who are working from home and/or are taking documents or a work laptop home with them, this could mean that they are using their home for business and are therefore unable to rely on this exemption from the Regulator’s inspection power. Additionally, obstructions to Regulator inspections without a reasonable excuse could result in fines of up to £5,000 and potential imprisonment.

What effect has Covid-19 had on this?

The Regulator had used its powers to inspect premises only 6 times since 2005. However, during the pandemic, working from home was prevalent for many employers and continues to be. As a result, documents and work computers are perhaps more likely to be found at employee’s homes than offices and the Regulator may be more likely to inspect homes in order to find them. For employees, despite the fact that they have had no choice other than to use their homes for business, they may now be unable to use the private dwellings exemption against this power.

How will the Regulator’s powers change?

The Pension Schemes Act 2021 (the “PSA”) will widen numerous Regulator powers, including the power to enter premises. Though automatic enrolment compliance is the most likely source of Regulator inspection under the current laws, the likelihood of inspection for this reason remains low for most employers. However, the risk of inspection to further investigations seeking to use “moral hazard” powers could be higher, and that is what the Regulator’s inspection power will soon cover, under the PSA.

Moral hazard powers allow the Regulator to make third parties pay money into a UK defined benefits scheme. These are anti-avoidance powers and they can be used against any person or company who is connected and/or associated with a scheme employer in that type of scheme. Where the Regulator reasonably determines that a scheme has been put at risk by any corporate activity in the past 6 years, it can use moral hazard powers to issue a Contribution Notice (a notice that requires money to be paid into the pension scheme). This could mean that the homes of employees of such companies connected or associated to employers in defined benefit schemes will be within the scope of the Regulator’s power to inspect homes.

How should employees be protected?

Employers may want to seek legal advice and take steps to inform their employees of both the widened Regulator powers, and the importance of complying with Regulator information requests. This will make employees aware of the potential right the Regulator has to enter their homes, and the risk of criminal offences and/or fines if they intentionally destroy or conceal relevant documents.

Employers might also want to review any existing policies they have in place governing employees taking documents and work computers home to ensure that they are sufficiently robust. It may also be advisable for employers to ensure that they have adequate inventory systems to record the location of documents and work computers so that, the Regulator’s information requests can be complied with and the need for home inspections can be avoided.